A Tribute to Marcell Jankovics 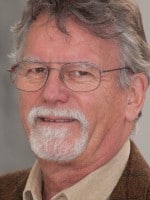 On Saturday, the Hungarian Academy of Arts announced that Marcell Jankovics had passed away. He is known as an animator, cartoonist, graphic artist, book illustrator and cultural historian. Born in 1941 in Budapest, his family was deported to Öscöd in 1951. His father was sent to prison for political reasons and wasn’t released until 1956. Politics would also play its hand for Marcell, who wasn’t admitted to the university he applied for because of his father’s “sins”. He started working at the Pannónia Film Company in 1960, where he would become the director in 1965. Between 1965 and 1968, he made the animated short series Gustav (Gusztáv) together with Attila Dargay and Jozsef Nepp. A series that would prove immensely popular.

A string of short films followed. In 1973 he directed the first Hungarian feature-length animated film, János Vitéz. Based on Sandor Petöfi’s highly popular epic poem from 1845, the film was an instant success. In 1974 he made the short Sisyphus which was nominated for an Oscar. It exemplifies that the style in his shorts was quite different from the features. Instead of the colourful, psychedelic method applied in János Vitéz, here we have a film in black and white, made in one continuous take which vividly portrays Sisyphos’ struggle. The short can clearly be interpreted as a comment on the political situation at the time or simply as a view of the human condition in general.

Another film, literally called Struggle (Küzdök 1977), was released three years later. The first time I saw the film was when a DVD was included in the tote bag for the Hungarian Film Week in 2014. The reason being that it is one of five Hungarian films that have won the Palme d’Or for best short. It’s a concise yet illuminating work about the relationship between the artist and his creation. It’s slightly reminiscent of Jan Svankmajer’s Dimensions of a Dialogue (Moznosti dialogue 1983), released six years later but more stripped down in style.

In 1981, Marcell Jankovics’ most famous film was released. Son of the White Mare (Fehérlófia) is a mythical tale about a horse who gives birth to three brothers who will head down to the underworld to fight. The strongest of them, dubbed Treeshaker, will lead the quest. This is a work where the director’s style reached its pinnacle. Full of vibrating colours, the work is also notable for its theme of circularity and the absence of contours. The film delivers an abundance of impressions and begs for multiple viewings. The features have occasionally been compared with Yellow Submarine (1968) with its trippy images and colour palette. Jankovics quoted Eisenstein, Kurosawa and Fellini as directors he admired.

Between 1977-2002 Jankovics was responsible for a series of Hungarian folk tales called Magyar Népmesék. A series that was a key component of the upbringing of many generations. His last feature, The Tragedy of Man (Az Ember Tragédiája 2011), had a long gestation period. The project began in 1988 but was only finished 23 years later. Based on Imre Mádach’s classic, it was the director’s longest film to date. Still, it was very popular with the audience on release. In a scene with a wheel of fortune, the cartoon versions of The Beatles from Yellow Submarine can be seen.

Marcell Jankovics received numerous awards, including the Béla Balázs prize and the Kossuth Prize. Since his work dealt with spirituality and often sought to find the best qualities of mankind, he was also awarded the Leonardo da Vinci World Award of Arts in 2009. His work is a cornerstone of Hungarian culture, and his films will be an inspiration for future generations. Son of the White Mare was recently restored in 4K and released by Arbelos Films