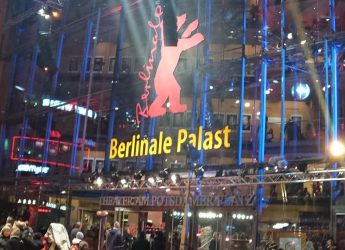 The 2021 edition of the Berlinale has a new format and will take place in two stages. First, an online edition in March for the industry, followed by a summer event in June, when the general public will be able to see most of the titles presented. In competition, one notices names such as Xavier Beauavois, Hong Sang-Soo, Radu Jude, Dominik Graf and Céline Sciamma. Apart from those usual suspects, there are also two Hungarian films in competition. That’s the first time when that happens in the history of the Berlinale competition.

Old and new at Berlinale

Benedek Fliegauf (called Bence) is no stranger to the festival. Four of his six films have been screened there. In 2016 Lily Lane (Liliom Ösvény) was shown in the Forum section. In 2012, Just The Wind (Csak a Szél) was awarded a Silver Bear for the gutwrenching story about some murders of a Romany family. The drug drama Dealer appeared in Forum in 2004, and the year before, his debut, Forest (Rengeteg), had its premiere in the same section. It’s a striking, elliptical first feature, divided into several segments that are apparently disconnected. It follows some young men and women in particular situations. It was made on an ultra-low budget, with amateurs playing all the parts.

The first time I saw Rengeteg, I thought that it would be a hard act to follow. Now it seems that is exactly what Fliegauf is doing. His new work is called Forest: I see you everywhere (Rengeteg Mindenhol Látlak) and is described as a sequel to his debut. According to the director, the film takes place “within the feverish labyrinth of everyday life and relationships, featuring characters who are trying to get to the bottom of what is arguably the biggest secret of their lives: the other.” More info can be found on the Berlinale page.

Old and new in a Hungarian village

The second Hungarian film in competition is the first feature by Dénes Nagy. He has made a few shorts and some documentaries thus far. He also played a small part in the Bálint Kenyeres short History of Aviation (A Repülés Története 2009). I have only seen his 2013 documentary Another Hungary (Másik Magyarország) about the artist Imre Bukta and the small village he lives in called Mezöszemere. It’s a depiction both of the artist, whose works are displayed all over Europe, and the village as such, where its harsh realities are the base material for his work.

Dénes’ debut at Berlinale is called Natural Light (Természetes Fény), and there is not much information about it yet. It’s based on a novel by Pál Závada that I haven’t read. According to Berlinale director Carlo Chatrian “It’s a film about an observer. An officer in the Hungarian army, who is commanded to scout an area where Russian partisans fight against the occupation of the Third Reich.” It’s not the first Hungarian film that tackles WWll, but rumour has it that it’s done in an original fashion. The title implies That Támas Dobos’s cinematography will play a major part. I can’t wait to see both works. Meanwhile, there is more info about Nagy’s film on the Berlinale page.