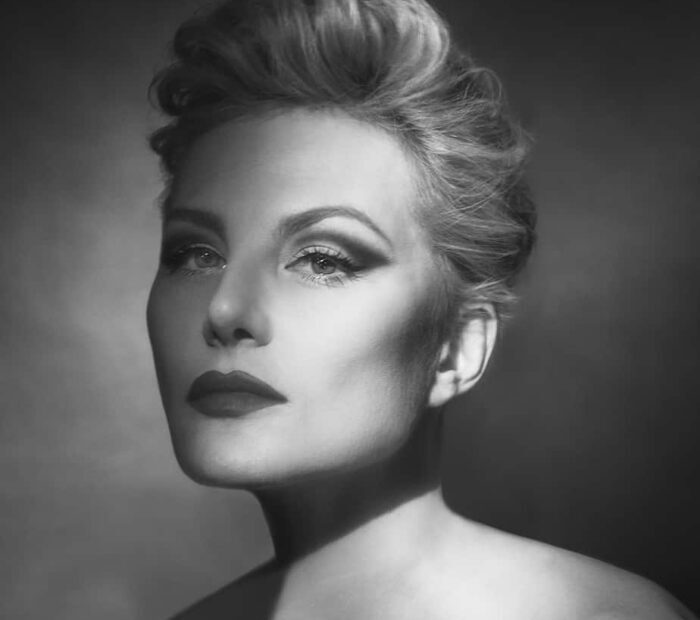 The second day of IFFR was devoted to films set in Russia, Georgia and Latvia. The first one Was the Russian film, The North Wind (Severnyy Veter) directed by and starring Renata Litvinova. She portrays Margarita, who is the matriarch of a Northern clan. On New Year’s Eve, her son, Benedict loses his fiancée Fannie, in a plane crash. From there on, things go downhill. It’s like the deceased woman was an essential element for natural growth. The story is basically set during several New Year’s Eve celebrations where the group assembles. Margarita tells us in the opening narration segment that she believes in a thirteenth hour that makes them invincible and will bring the clan anything they need.

Benedict ends up marrying Fannie’s sister Faina, but the marriage is not a happy one. Faina merely serves as a reminder of the loss of her sister that is Benedict’s, true love. They argue constantly and eventually, Margarita decides that something has to be done. The clan is immensely wealthy but store their valuables in coffers buried in the tundra. Occasionally we watch them trying to retrieve whatever hasn’t been ruined. The affluence is evident from the mansion itself, which is filled with expensive furniture, candelabras and several other art objects. The house is also filled with animals like a crow and a reindeer. Still, the sense of decay is always there, as is the unhappiness of everyone present.

The film is based on Litvinova’s play, and its theatrical roots are on full display during the whole film. Everything feels extravagant from the sumptuous cinematography by Oleg Lukichev to the awe-inspiring set design. The visuals are continually inventive, and it’s gorgeous to watch. It never reaches the numbness where other similar films eventually end up (Litvinova actually acted in a Tulse Luper film). The director handles baroque elements and surrealism, equally deftly. She convincingly displays a family trapped, or frozen in time.

The film is dedicated to Kira Muratova who she collaborated with, both as an actress and scenarist. The spirit of Muratova can be traced in the use of repetition, but foremost in the audacity of the endeavour. The film had its world premiere at IFFR but will hopefully be screened in numerous festivals, since this is a film I want to revisit, preferably on a big screen.

Juja Dobrachkous is a Russian director, based in London. Bebia, á Mon Seul Désir is her first film, and it’s set in Georgia. The story involves the model Ariadna who is called home after her grandmother’s death. After arriving she learns about an old ritual that she is expected to carry out as the youngest member of the family. She is responsible for reuniting the body and soul of her grandmother, by connecting a thread from the place of her death to her resting body. That means she has to carry a thread for 25 kilometres of the Georgian countryside. She is accompanied by Temo who is a family friend. Ariadna’s relationship with her mother is also a strained one.

Ariadna’s mother is about to get her second divorce, and she feels resentful of everything, her daughter being no exception. The story also circles back to scenes in a boarding school (which the director claims are not flashbacks). They are supposed to shed some light on her current situation but feels more impressionistic than anything else. The journey itself over Georgia’s rugged terrain is quite eventful, including a storm that forces the two to take shelter in a barn. Later Ariadna learns that her Bebia (grandmother in Georgian) left the house for her to inherit. A fact that doesn’t make her happy, since she wants to leave this part of her life behind her.

That the characters in the film are named after the Ariadne myth is hardly a coincidence and is made abundantly clear throughout (Temo-Theseus, Dato- Daedalus etc.). Other aspects of the film are less clear. Why the title of the film is in French, for instance. And why there seems to be very little development of the main character in the film. Veronica Solovyeva’s images are often striking, but seem to play their own role, rather than contributing to the overall structure. I guess there will be reviews with puns about the film losing the thread.

The director has stated that the story was inspired by her own grandmother. Possibly such a personal project would have benefitted from a script doctor who would be able to prune some of the indulgences of the script. As it stands now the film is always interesting to watch, but more coherence in form would have been helpful.

The Latvian film The Year Before the War (Gads Pirms Kara) takes place in 1913. We follow Peter from Latvia who insists on being called Hans, for some reason. His journey starts in Riga where he works as a doorman. Through different circumstances, he travels to different places in Europe, and he meets a wide variety of characters with traits from famous historical figures: Freud, Mata Hari, Trotsky and others. The film is a kind of picaresque tale, aiming to say something about the era while telling an exciting story. It’s yet one of another film in black and white at this year’s IFFR. Andrejs Rudzatz creates some stunning images and the production design can’t be faulted.

Still, the film never really takes off. Episodes follow one after another, and they are fairly entertaining, but not much more. We are very far from a tale like Wojciech Has’ The Saragossa Manuscript (Rekopis Znaleziony w Saragossie 1965) to mention one outstanding digressive story. The film that came to my mind was one of Raoul Ruiz’ lesser efforts, Klimt (2006) that is set in the same era. The film is directed by Dāvis SĪmanis jr and it is his second feature to date, following Exiled (Pelnu Sanatorija 2016).