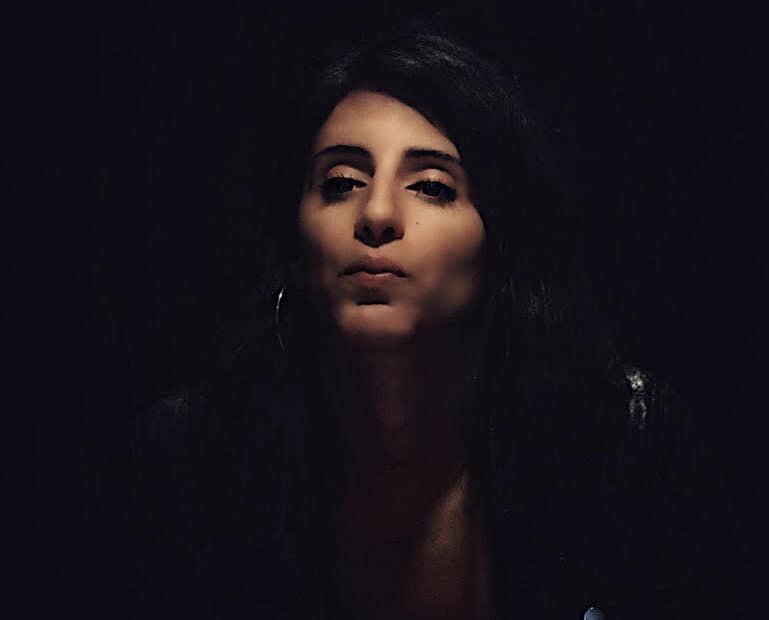 Mighty Flash (Destello Bravío) by Ainhoa Rodríguez was one of the most intriguing films screened at this year’s IFFR. I write about it here. The film is set in a small town that seems to be stuck in time. The women living there are more prone to change than the men. The film has strong roots in its environment but simultaneously has an oneiric feel to it. I talked to the director about why the film looks the way it does.

What was the genesis of this project?

I had the idea to work with non-actors in the region that I’m from, Extremadura. I thought that the best way to introduce myself to the rest of the population was through the workshops that I do. So I formed a group of around 15 women. Gradually we developed a strong relationship, and they introduced me to other people in the town. That was important because when I arrived, I was more like a stranger.

So they trusted you after a while? Were they suspicious, initially?

Yes. At first, they thought that I would never make a film. And if so, I wouldn’t make it with them but bring in professional actors. Because there is an atmosphere of insecurity in this little town. It’s close to the border with Portugal.

In some ways, you approach the material as a documentary. On the other hand, the film is extremely stylized. Could you talk about this dynamic?

Maybe it’s my personality. I wanted to draw from reality because it’s the best material I can use in my film. It’s a treasure. The whole film has a dual environment. You have the documentary part, a testimony of sorts, with nature. On the other hand, you have the magical realism, surrealism and suspense. Those both worlds are present in the image and sound as well. Regarding the image, you have those stylized scenes and compositions in almost every shot. Meanwhile, the actors behave in a more spontaneous fashion.

The soundscape is very special in the film.

When it comes to the sound you have the natural sound, but it’s twisted in different ways. It almost reaches a psychedelic effect. It was a combination of traditional music and in the background, I have electronic music.

The electronic music, was it written specifically for the film?

The electronic music was original, yes. The rest were traditional songs.

How long was the preparation period?

Nine months, including the shooting. Really intense work. No family, no friends, just the project.  At the same time that I got to know people, I also scouted for locations and wrote the script and rehearsed with the people I selected. All of those things I did simultaneously.

The film has a feminist stance, but not in a didactic way. The women are not idealized at all. From the opening scene, we get a vivid picture of them. The feeling that they are real people. The language is quite foul. There is no attempt to paint an idealized depiction of these women.

That was very important for me. That the film would not feel didactic. The women are real people with all their virtues and faults.

So how did you approach those non-professionals?

So a cinephile question. Do you have any favourite directors or influences for this film? Is Manoel de Oliveira someone you know well? For example, the shot of the shoes made me think of him.

I love cinema and being a spectator. I’ve seen lots of films since I was a little girl. I wrote my PhD about Fellini. I’ve learned lots about cinema through analyzing from the perspective of the director. Every decision has a reason. I can talk about American classics like John Ford, or later John Waters. When it comes to Spanish cinema, Bunuel and  Zulueta who made Arrebato, Concerning Oliveira, I’ve seen a few films by him, but I don’t know him that well.

Have you screened the film in the town yet?

No, not yet. We don’t know when things will happen, the way the situation is now. Hopefully, the films will be screened at some festivals, and later open in Spain.