Tofifest: The end of endlessness 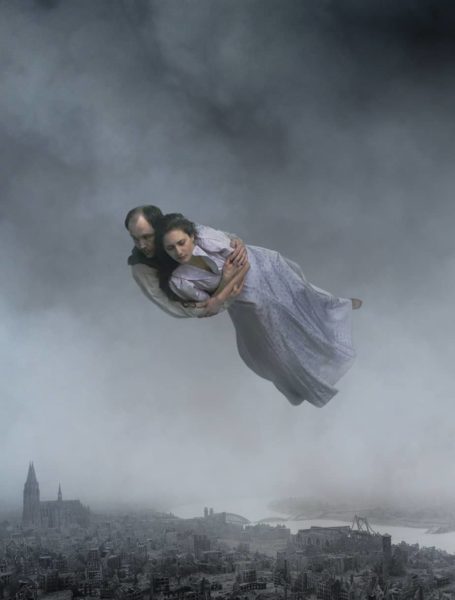 Roy Andersson has only completed six feature films. The first one was released in 1970 and was an immediate success. Influenced by directors such as Milos Forman and Jan Nemec, A Swedish love story (En Kärlekshistoria) seemed to charm everyone with “the youngest love couple in the world”, as the ads said. At the same time, it was an incisive look at the parent generation of that era.

If that one was a hit, his second film Giliap (1975), certainly was not. A troubled production went way over budget, and when it was finally released, it was butchered by the critics, except for some in France and Denmark. With a perpetually slow-moving camera, this is still my favourite of Andersson’s films.

After the debacle of Giliap, Roy Andersson started focusing on making commercials. Many of them were quite famous at the time in Sweden.

Eventually, the director would develop the style for which he is known today in his commercials certainly but also in shorts of a different kind. One of his most prominent is the 1991 short World of glory (Härlig är jorden). At the outset, it was part of a project initiated by the Gothenburg film festival called “90 minutes of the 90s”.

Ten directors were supposed to make a nine-minute film each year of the decade, which was supposed to end up as a 90-minute film. The budget was limited. Roy Andersson was the first director, and his project rapidly exceeded both the length and the budget. It ended up as a 15-minutes film. Here we can find most of the components that would shape his future films: the non-moving camera, the drab colours and the pale faces of the characters. In many ways, World of glory can be seen as his purest film in that style.

The return to feature films

The year 2000 marked the comeback for Roy Andersson as a director of features, 25 years after Giliap, Songs from the second floor (Sånger från andra våningen 2000) made its first appearance in the competition in Cannes, helped by the fact that Philip Bober was one of the co-producers. Apart from some negative reviews in France (Cahiers du cinéma simply called it “very overrated”), the work was generally praised. It also walked away with the Jury Prize (shared with Samira Makhmalbaf’s Blackboards (Takhté siah 2000)

The film’s title is quite beautiful in Swedish, partly because of the use of the word “våning” In Swedish, it doesn’t only mean “floor” but could also be used as a slightly old-fashioned word for apartment. That is how it’s utilized in World of glory, beginning at 05.09. ending with “Har man inga pengar så blir det ingen våning” ( If you don’t have the money, you won’t get the apartment.) The director actually said that the title was one of the first things that came to him during the film’s gestation.

You, the living (Du levande 2007), was released seven years later. It premiered in Cannes in the Un Certain Regard section. Focusing more on comedy than its predecessor, it became quite popular. In my mind, both films are really strong during their respective first halves but then deteriorate in quality. In Songs from the second floor, the shift comes with the scene with the only camera movement, about halfway through the film. In You, the living, the moment is more difficult to pinpoint, but the film feels repetitive after a while. I’ve always had the nagging feeling that even though Andersson meticulously plans each shot, he doesn’t seem to do the same with the film as a whole.

This would be even more evident in the 2014 Golden Lion winner; A pigeon sat on a branch reflecting on existence. (En duva satt på en gren och funderade på tillvaron). His first venture into digital filmmaking was little more than a rehash of old ideas, even though some of the set pieces benefitted from the use of digital tools.

These films were dubbed a trilogy by the director. During the press conference in Venice, Andersson joked about planning the fourth part of the trilogy. Whatever came out of that, it is not difficult to see traces of the earlier films in About endlessness (Om det oändliga 2019). This was my final film at Tofifest.

The director claims to have caught the inspiration from One thousand and one nights. Like the way Scheherazade told stories so the king couldn’t stop wishing for more, the film would have the effect that the spectator would wish for the film to continue endlessly. At 78 minutes, the film is the director’s shortest to date. I can’t say that my expectations were high. Unfortunately, my doubts were confirmed.

The film plays like a collection of the earlier films. Already during the title sequence, he reuses Benny Andersson’s (from ABBA) music from Songs from the second floor. The narration that’s supposed to captivate the audience is reduced to clickbait-sized captions that are hardly necessary. ” I saw a young man who hadn’t met love yet” and “I saw a man who had lost his way.”

If I wanted to be mean, I would say that the last quote applies to the filmmaker as well, but that’s not how I want to end the Tofifest reports. I’d rather go out with another citation from the film. A man in a bar suddenly says, “Isn’t it fantastic” When asked what he refers to, the answer is “Everything! Everything is fantastic!” It is also one of the most beautiful scenes in the film.

So that was the end of this year’s Tofifest for me. My first but certainly not my last. My final quote will come from the man on the poster. “I’ll be back!”

1 thought on “Tofifest: The end of endlessness”