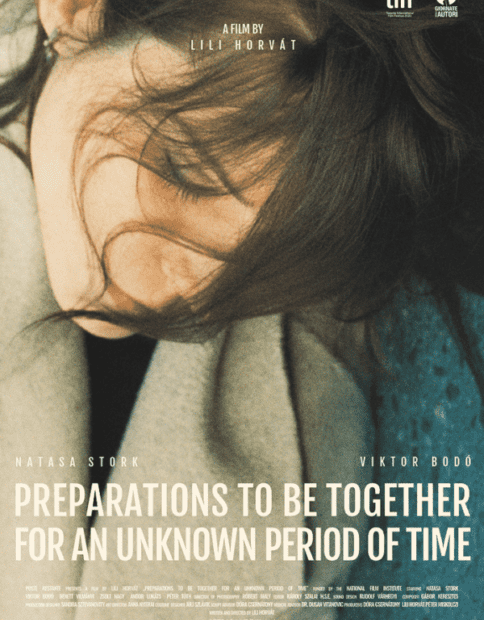 The Sophomore feature of Lili Horvát

Lili Horvát made her debut feature in 2015 with The Wednesday Child (Szerdai Gyerek) It was a solid first film but slightly too realistic for my taste. Five years later, it’s time for Preparations To Be Together For An Unknown Period Of Time (Felkészülés meghatározatlan ideig tartó együttlétre 2020). I had the opportunity to watch it at the Warsaw Film Festival. Márta, a 39-year-old neurosurgeon, has moved from Hungary to New Jersey. One day she meets János at a Medical Conference. They strike a deal to meet at a certain date and time at the most beautiful bridge in Budapest, the Liberty bridge. She returns to Hungary, but János doesn’t show up at the meeting. Márta is obviously disappointed.

A journey round her skull

She doesn’t give up that easily but confronts János, who claims they have never met before. Márta faints in the middle of the street. Instead of going back to New Jersey, she decides to stay in Budapest and takes a job at the run-down hospital where János works. She also attends therapy sessions, where she is subjected to Rorschach tests. Is her brain playing tricks on her? The psychiatrist seems to think so. As a spectator, it’s not clear what to believe. What kind of film are we watching? Are we In Ozon territory or (much better) in the Frigyes Karinthy zone? Is this the kind of mystery that will be initially intriguing, only to fall apart towards the end?

“All women are stupid, even the smart ones”

Márta seems to enjoy her career but still jumps at the chance to meet a man in her former home city, leaving N.J behind. When she looks for a residence, she chooses an ugly flat just because it has a view of the Liberty bridge. Her older colleague shakes his head in disbelief and delivers the headline above when Marta explains why she came back. She will bug him even more when she questions a diagnosis. Later, when a patient needs surgery, his son Alex happens to be one of the people who witnessed Márta fainting. Initially, he objects to her operating, but in the process, he takes a shine to Márta and will actively pursue her.

So there are plenty of elements with potential drama qualities. Fortunately, that is not the director’s main interest. There are twists in the story, but the core of the film lies elsewhere. The tale is told with a fractured narrative that keeps the film enigmatic but not confusing. The DOP, Róbert Maly, also lensed The Wednesday Child, but this time he shot on 35 mm. It lends the film a dreamlike quality. Not in the vague sense that disguises a lack of aesthetic coherence. Rather in a way that creates a hypnotic atmosphere, akin to films like Vertigo (1958) or Resnais’ Les Herbes Folles (2009), however, hyperbolic such comparisons might seem. Horvát mentions Saul Leiter as a visual reference.

The analogies to the above-mentioned films are motivated by the fact that this is a film composed with an extraordinarily steady hand, not unlike Márta’s when she performs surgery. It’s the kind of story that requires a tight grip on the material, and Horvát delivers both on the writer and director front. My disapproving mind was expecting the story to collapse, but there is a precision in the images that is matched by the rigour of the conception. It is not surprising that Ildikó Enyedi was Horvát’s teacher. Not that their films look similar, but in the sense that there is an illuminating look at the material. An alternative title for the film might have been On Brain and Soul.

The woman who mistook her man for a Horvát

If the brain is the subject of the film, it might actually also, in a way, be the material of the work as well. Horvát’s film might be one of the most beautiful depictions of Deleuze’s idea of the brain as the screen. He described the cinema of Kubrick and Resnais as the cinema of the brain. Talking about the machinations of Kubrick, Deleuze notices that “But if the calculation fails, it is because the brain is no more reasonable a system than the world is a rational one.” When he talks about the world and brain as a membrane that puts the outside and the inside in contact, he presents examples from 2001 (1968) and The Shining (1980).

In the former, HAL’s mind breaks down from the inside due to his knowledge, whereas he is later “lobotomized” by Bowman, who penetrates him from the outside. In The Shining, on the other hand, it’s difficult to know what comes from the outside and what emanates from Jack’s mind, just like In Horvát’s film. From the brief, fleeting first shot, we’re not sure what is going on. The penetration of her patient’s brain is all the more tangible and obviously a penetration from the outside. These parts of the film remind us of the passage where Deleuze claims that “The world-brain is strictly inseparable from the forces of death which pierce the membrane in both directions.”

There is a lot of food for thought in the film, but the pleasures for the eye and ear are plentiful as well, from the beautiful lensing to Natasa Stork’s impressive performance in a complex role. Maybe I could have done with slightly less of Schubert’s music, but that is a note in the margin. The tone of the film is as clear and splendid as the sound of the loudspeakers that play an integral part in the story. With all the references I already listed, parts of my brain started reminiscing about a particular Bertrand Blier film.

Trailer for Preparations to Be Together For an Unknown Period of Time by Lili Horvát.

2 thoughts on “A Heartbreaking Neurological Journey”