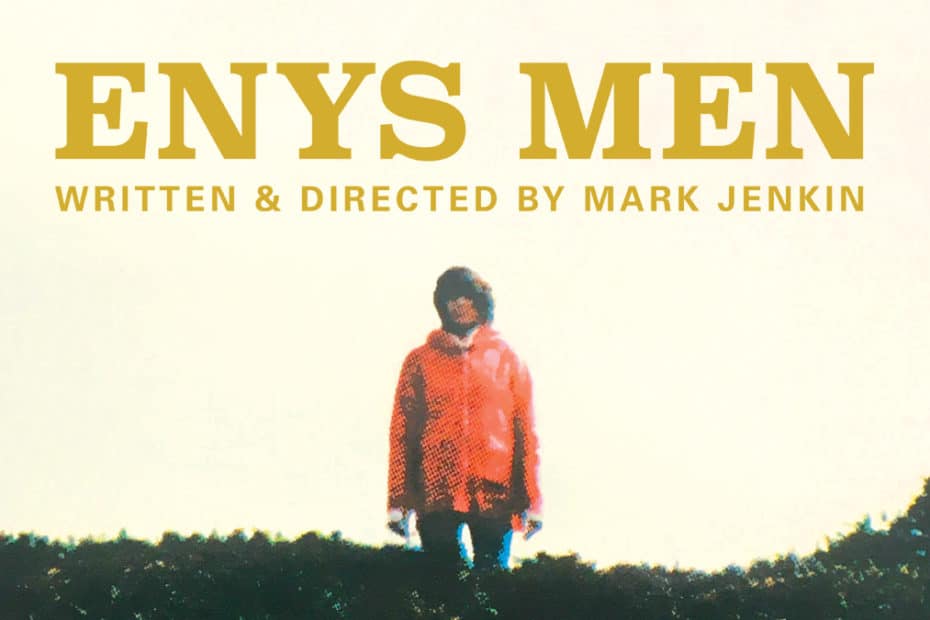 I watched Enys Men in the Quinzaine des réalisateurs section of the Cannes Film Festival. The day after the screening, I had the opportunity to conduct an interview with Mark Jenkin about the film and his view on cinema. He mentioned after the screening that any possible resemblances to Nicolas Roeg’s Don’t Look Now was unintentional, which made the first question obvious.


As I understand it, this is a remake of Don’t Look Now, right?

No, but seriously, as soon as I saw that it was set in 1973, it was difficult not to think about it, and The Wicker Man, as well.

I think the most conscious nod to anything else is 1973, and I knew it would be set in the 70s. 73 is my favourite number, my lucky number.

So it was more the number than the year?

Yes, because people ask me if I was born in 73 and that kind of stuff, but I love the way that 1973 looks when it’s handwritten. It’s not Mary’s hand doing the writing; we used a hand double because I wanted something particular. Mary’s handwriting is lovely, but it doesn’t look like that, and I wanted a very specific way that 1973 was going to be written. So it’s really significant and also really insignificant in a way.

Yeah, back to Roeg again. Luc, Nick’s son, was at the screening yesterday. So the way that I shoot and the way that I edit is influenced by seeing Walkabout (where Luc plays White boy) at a very crucial age. So when I was asked about influences, I said anything by Nick Roeg. Luc said to me after the screening, “My dad would have been really delighted to hear that, and he would have loved to have been here watching that film.” Hearing him say that was the best review.

I was thinking about Bad Timing. Not the storyline, but in the way it treats time.

I think Bad Timing is an example of how extreme you can go. How you can, sort of, abstract time. I’ve always struggled with Bad Timing, and I can go back to it over and over again. I find it really troubling, not in a bad way. It’s fun; it’s challenging how far we can go without the risk of losing the audience, which obviously, I didn’t think about at all while making this film, but as the premiere creeps up, you start to think about it.

Were you present at the screening yesterday, or did you leave after the credits?

Yes, I was, and in the build-up to the screening, I started thinking, “have I pushed it too far?” Before the cast and crew screening last year, I was thinking, “it’s too straight, it’s too linear. I haven’t gone far enough with it”.

That’s what I ended up thinking because, for me, it makes sense when I’m making it. I finished it in December, and then we had a screening in April for a couple of cast members who couldn’t come to the earlier screening. During that screening, I thought, “this is pretty out there”, so, until yesterday, I was thinking, is the audience going to go with this? Does it matter?

So, if someone says Nicolas Roeg, I say Alain Resnais, who probably influenced Roeg as well. Have you seen many of his films?

Not that many, but I’m interested in anyone who explores the form and acknowledges its importance.

He definitely did. He talked about that all the time.

I think a lot of that is predominantly editing. Filmmaking, for me, is editing.

I always think about Nicolas Roeg as an editor, but he was actually a cinematographer. Still, the editing is the most striking aspect of his films.

And I always think of editors as writers, but he didn’t write his own scripts. As a cinematographer, he just thought about the final image, laying traps for the editors the whole time while he was shooting.

Another thing you said yesterday was virtually a Resnais quote. That cinema is a present without flashbacks or flash-forwards. He famously said that in his mind, none of his films had flashbacks but rather a present tense of the mind.

Yes, exactly, because people say to me, “you’re so anti-realist”, but the reality is entirely subjective. That’s why cinema is the greatest thing ever invented. Because we can replicate, with the marriage of sound and image and temporal and geographical dislocation, the way our minds work.

And still, there are so few directors who use these possibilities. Cinema is just getting more and more mundane.

To quote another filmmaker, it tends to be filmed theatre. You give actors a script and sit back and be passive. The camera is the most important thing. You can make a film without actors, but you can’t make a film without a camera. And that’s not to undermine what actors do, which is a total mystery to me, and I’m constantly in awe of them. Still, the camera is the central thing; It’s that eye and filmmakers who don’t consider that don’t interest me.

I don’t mind if people are confused as long as it gets the conversation going. It’s really helpful.

I know you experienced delays, but when did you actually shoot the film?

We shot in March and April last year.

Talking about the technical aspects, the film is in colour, but it’s still the same camera?

It’s the same camera but with different lenses. I shot most of Bait on that fixed prime lens to keep it rigorous, like a Bresson film. With this one, because it was set in the 70s and it was a bit of a nod to horror, I got an old 1970s zoom lens rebuilt and then adapted for the camera.

No, it was processed in a lab. I could have hand-processed it, but it’s a much more toxic process, and it has to be kept at a very exact temperature, and it just would have been too complicated to do.

Because it’s in colour?

Yes, black and white is really easy to process. I didn’t want it to be too clean. A lot of the film images you see today are so clean, and the grain is so fine. It almost looks like it could be…

Yes, so it was important to make it look like real 16 mm with a nice grain because, again, I just wanted the form to be prominent.

Many people are turned away by that.

Yes, and it drives me mad because it’s almost as if people think that their film is failing if people are talking about the form. But you know, if you want formless storytelling, you might as well sit around the fire and tell the stories verbally.

Nowadays, it’s enough for a critic to say that he didn’t connect with a character or didn’t understand the plot.

Another filmmaker, I always forget if it was Derek Jarman or Bresson, but he said it’s more important to feel a film than to understand it.

Yes (laughing). My mother presented an interpretation of Enys Men the other day and asked if it was right. I said, “I’m not telling you”.

It was exactly the same thing with Resnais and Last year at Marienbad. When he was asked what it was about, he said that it was up to the spectators, and their interpretations are usually better than his own.

The thing is that the film is absolutely infuriating. But it’s only infuriating because it’s our own lack of imagination to be able to work it out. That’s what people get infuriated about. That was in 1961, and the film is still playing in people’s heads. If we go back to Roeg. Performance, if you try to work it out, it doesn’t stand up. If you take it apart and try and put it back together, it falls to pieces, but that process of trying to do that is exhilarating.

That’s when the film is working on you.

Yes, I had a screening for a group of post-grad students at the University who all wanted to voice their opinion. The person moderating it, one of the executive producers from the University, said, “any questions”, and one of the guys raised his hand and said, “What the fuck did I just watch? I said, “I can’t answer that, but what a perfect question.” I don’t mind if people are confused as long as it gets the conversation going. It’s really helpful.