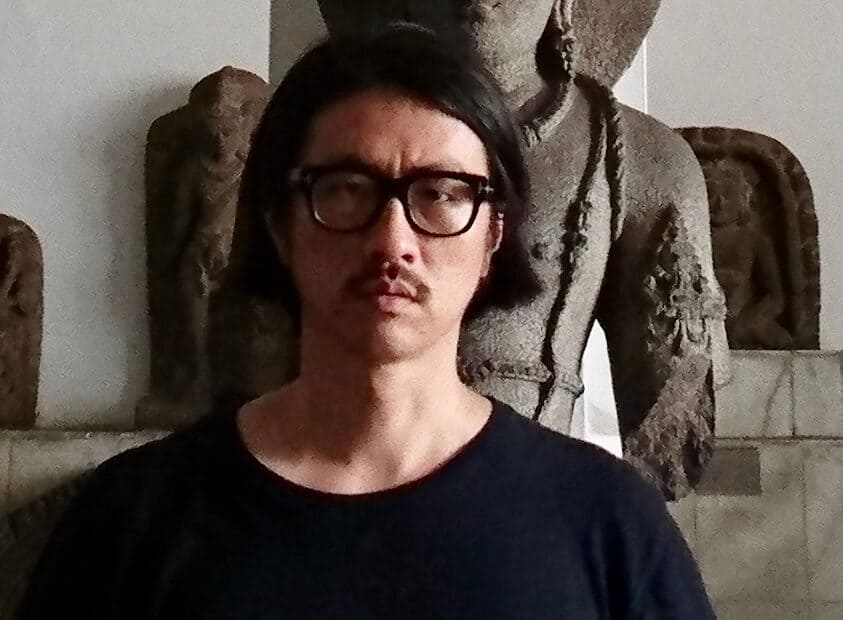 The Edge Of Daybreak is the debut long feature by Taiki Sakpisit. After watching it, I had a chance to talk to the director about the film, which is reviewed here.

The film takes place roughly between 1976-2006. To approach the story about this turbulent part of the history of Thailand must be a major challenge.

That’s a good point. For me, the subject matter, the history of Thailand is not easy, and even for Thais, it’s difficult to tackle and comprehend. There is so much trauma. So much pain and suffering. I decided that the film, in essence, should reflect that. It’s not like trying to be difficult for difficulty’s sake, but it’s how I feel it. I wanted to show this important part of history.

As you said, the film spans from 1976-2006. It’s approximately 30 years, and it’s still going on, in a way. I wanted to catch the essence of those 30 years. Based on my background as an experimental filmmaker, I wanted to approach the theme of paralysis—physical and mental, and the paralysis of time. The country has been under military government for more than six years. It doesn’t progress. The notion of frozen time is so crucial for this film.

You mention the mental paralysis. Isn’t it also the point that people repress their memories because they are so painful? Isn’t that what the film wants to evoke?

Exactly. There are so many elements that follow the central theme of paralysis.

And when you have this theme of paralysis, how did you go about, shaping the aesthetics for the film?

When I was writing the script, I knew that besides the characters, the environment was important. The universe of the film. The sensorial perception with the textures. The buildings and the signs of decay with the animals.

Was black & white an obvious choice from the start?

Yes. I wanted to create a feeling of a nightmare. Dreams within dreams that you can’t wake up from.

The film felt very much like a dream or a slow nightmare. Could you expand on that point?

I enjoy when you experience something multilayered. The first time you experience it you know something is going on. There is a beauty, but you can’t really understand it. I knew that the themes of dreams and nightmares would be important. In my earlier experimental works, I always wanted to blur the line between reality and dreams.

As a cinephile, I started thinking about different films. When it comes to the trauma I thought about A Petal (Ggotip 1996) by Jang Sun-Woo. One reviewer labelled the film as a Lullaby of Darkness, referring to Lav Diaz. I thought a lot about Diaz while watching your film and his depiction of the trauma of The Philippines. To me, this felt like A Petal, remade by Lav Diaz. Was he an influence on the film?

I admire him, but he was not really an influence on this project. Actually, while preparing this film, I was looking at the Carné film Port of Shadows. (Quai des Brumes 1938) I loved Jacques Préverts script. Also, I walked with a zombie. (1943) concerning the predicament of the woman. The haunting quality of Tourneur, and also Stan Brakhage. Especially Window Water Baby Moving (1959) Even Gertrud (1964) by Dreyer.

It’s a very immersive experience, but it’s not so easy to grasp the story. Is that important for you?. Do you care more about the experience, then that we understand exactly what happened when?

I think Immersive is a keyword. I don’t feel like guiding the audience. I don’t want to limit the film to be a political, historical film. That would be limiting for me. I would rather want to do something about the soul and the spirit of universal suffering. You could talk about themes like the female experience with the trauma of the wife. The oppression of male forces. She is in a coma but wants to survive.

I was wondering if the historical context would be more obvious for a Thai audience. That there might be clues or references in the film that Thais would get, that a foreign audience might not.

What is important for me is more to understand the theme on a universal level. I’m not sure that the film will be easier to understand in Thailand.

I want to talk about the cinematography and Chananun Chotrungroj. Her contribution seems pivotal to the film. Can you tell me about your cooperation with her?

We spent quite some time on the visuals, but eventually, I wanted to create a spirit of freedom and give her space to come up with images. Maybe from a painting or a sculpture. Or I would say something like “Can you give me the light that simulates someone being in the mother womb” (smiling) I think that triggered her imagination more and she could apply her own aesthetic. It was such a fun collaboration. I wanted to be surprised and she delivered on that front.

On the other hand, every image is immaculately composed, and everything is there for a reason, so there doesn’t seem to be that much freedom in that regard?

Sure you can say that. The budget was not that big so we had to plan way ahead. On the other hand, once we understood each other, there was still a possibility for her to use her imagination.

How much time did you have for shooting the film?

We had 16 days. That is average for a Thai independent film.

Was it the first time you made together?

Yes, almost everyone I worked with for the first time, with the exception of Yasuhiro Morinaga, the music director.

I wanted to get to that. It’s also a very important factor in the film

We have worked together for ten years. I knew I wanted him on board on this one as well. Before shooting, we talked about Tôru Takemitsu.1Tôru Takemitsu was a Japanese composer, working with directors such as Kobayashi, Teshigahara. He also wrote the score for Kurosawa’s Dodesukaden and Ran For instance, films like Woman in the Dunes and Kwaidan (1964). Then he collaborated with an Indonesian band, Senyawa.

The soundtrack should be released.

We were actually talking about that yesterday, and there will be a release.

The saddest thing for me when I saw the film was that it struck me immediately,that this should be seen on a big screen.

I haven’t even watched in a cinema myself. We were supposed to have a pre-screening, but then there was another outbreak.

I also wanted to talk about the actors. Are they professional actors, amateurs or mixed?

It’s mixed. The main actress is professional. We knew that it was needed for the part. Also, the doctor is an actor. Otherwise, it’s mixed.

Yeah, Right now I have a video installation in Gwangju, South Korea. I’m planning a solo exhibition and will try to write a new feature.

Do you have any idea when the film will open in Thailand?

It’s unclear now due to covid. The Thai audience is really engaged but now is not a good time.

Finally, I have to ask a question about the Thai audience: Do they still stand up and sing the national anthem before the film? I mean, politically so much has changed since I was there 20 years ago.

Sure, they do, but the younger people, they sit down.