The Edge of Daybreak 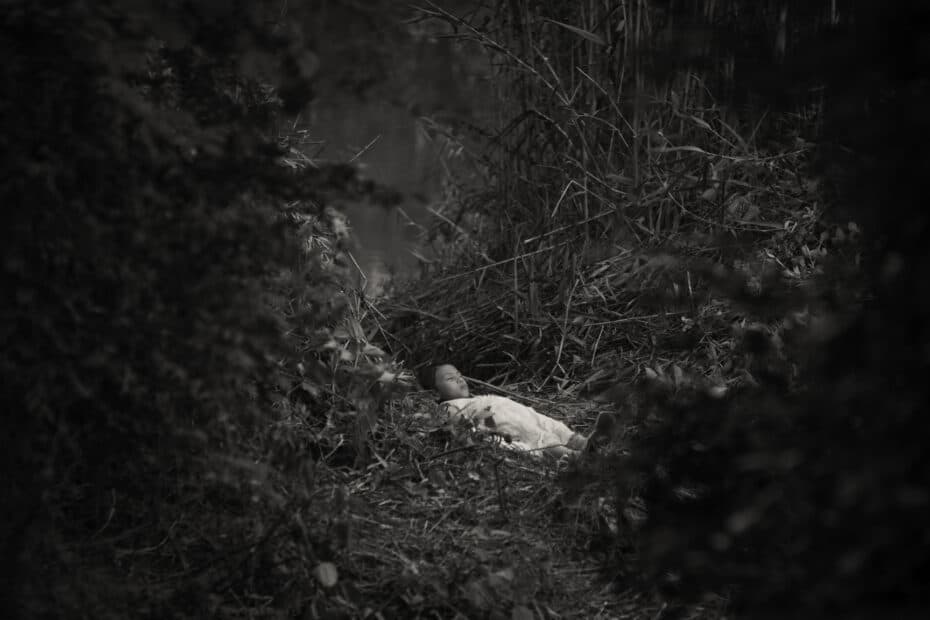 The Edge of Daybreak (Phayasohk Phiyohkyam) was this year’s winner of the FIPRESCI prize at the Rotterdam Film Festival. It’s yet another first feature. This time, by Thai director Taiki Sakpisit who I interviewed here. In 2019 his short The Mental Traveller was screened at the same festival. It was described as “a poetic reflection on the nature of remembrance. It navigates through the mental spaces of people consumed by memories of lost time.” It follows five mentally disordered men inside a psychiatric ward. That particular film was conceived from the director’s connections to his parents and companions as they went through different states of mind. This year’s feature is likewise centred around a family.

Or possibly it rather circles around the family? This is not a work of art that tackles its topic head-on. According to the director, “the film is constructed through a mental landscape, evolving around family members who are driven to their self-destructive behaviour by ambition, inner desire and compulsions, while the structure and
themes deal with the dualities of spiritual despair and physical annihilation.” The quote sheds some light on the structure of this dark or even obscure work. There will, without doubt, be viewers who feel that the obscurity prevents any engagement. The story (of sorts) begins in 2006, with a family sharing their last meal together since the father is forced into exile after a coup d’etat.

The Centre of The Edge of Daybreak

From 2006, the film then moves in and out of time. Dreams and nightmares are predominant features, and the narrative is peripheral. The thematic centre is the family’s paralyzing trauma, which echoes the one in Thailand as a nation. Anyone expecting a straightforward drama, or even any kind of drama, will be disappointed. For Sakpisit the immersive factor is the key, and it’s obvious that he is willing to eschew any narrative principles to achieve that. The gradually developing treatment of the theme transforms the local story into a universal one. There is a tension between the story as it’s described in the synopsis and the actual watching experience.

In one review the critic compared the film to the works of Lav Diaz. It’s an apt comparison. In many ways, his representation of the Philippine trauma bears resemblances to Sakpisit’s style. Personally, I started thinking of the Korean film, A Petal (Ggotip 1996) Directed by Jang Sun-Woo, it follows a young girl’s trauma after the Gwangju1 By coincidence, at the time of writing, there is a video installation by Taiki Sakpisit in Gwangju. massacre in 1980. Stylistically, the films couldn’t be more different, but if Lav Diaz would make a remake of A Petal, it might look something like The Edge of Daybreak. The monochromatic images in conjunction with the ominous soundtrack create a visceral experience.

The dreamy or somnambulic quality of Chananun Chotungroj’s cinematography conjures up several stunning images that fit the themes like a glove. Combined with the eerie soundscape, by Yasuhiro Morinaga, the spectator is treated to a multilayered work that is startingly distancing and simultaneously hypnotizing. The images drift effortlessly through time and space in a way that many films strive for but rarely achieve, and it’s not done by exposition, ad nauseam. When a narrator, initially informs us that ‘It was a full moon on the night when Ploy drowned” and we eventually see a dead body on the ground, it will actually be one of few narrative lines that we will be subjected to.

Sakpisit’s film might very well be a highly divisive work and might be judged by some to be needlessly obfuscated. To me, this was one of the most vital works I saw during the festival. It might be challenging to describe, but it’s utterly mesmerizing.