TENET – It was about time 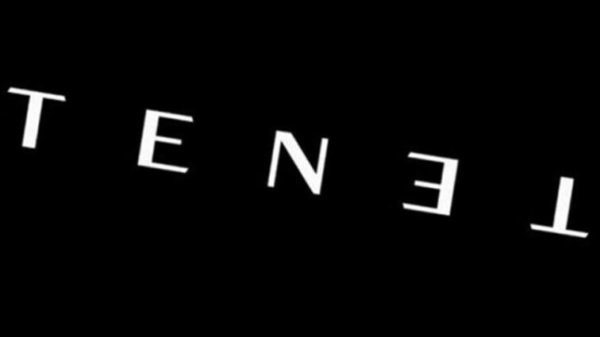 Just on the border of your waking mind. There lies another time

Tenet is, without a doubt, one of the most anticipated films of the year. I’m not a big Nolan fan, except for Memento (2000). I did feel, however, that Dunkirk (2017) showed some growth and deviated from the Nolan formula. The trailers for Tenet seemed to indicate that it would be a step backwards. (No pun intended) So when I sat down in front of Stockholm’s sole IMAX screen, my expectations were rather low.

The IMDB storyline goes like this. “Armed with only one word, Tenet, and fighting for the survival of the entire world, a Protagonist journeys through a twilight world of international espionage on a mission that will unfold in something beyond real-time.” We are told numerous times that “We live in a Twilight world”, and it’s not the only thing we are told during the film’s 150-minute duration. If Inception (2010) was littered with expository interchanges, here it’s dialled up to eleven. 11 might be a fitting number for this palindromic work.

About 11 minutes into the film, the protagonist (John David Washington) is tied to a chair between train tracks while trains are going in opposing directions around him. It’s one of the most intriguing scenes in the whole film, strictly from a mise en scène point of view. I have to disregard the fact that it’s also intended as a visual metaphor for the time inversion that we will witness later. Soon afterwards, he will be given his assignment, which is a huge, albeit a vague one. It’s like an ironic MacGuffin. Nolan’s love for James Bond films is well-known. It’s been said that the dreams in Inception played like generic Bond set pieces.

The feeling is similar in Tenet, which lumps around the planet. India, Norway, Italy and Estonia are just a few of the locations where the film places its, hopefully non-carbon, footprints. They rarely become more than exotic backdrops. The Mumbai sequence feels particularly redundant. If that attribute makes Tenet sound like a 007 adventure, the dialogue tells another story. The protagonist will encounter several exposition dumps on his route. 1As Truffaut observes in his book on Hitchcock “The James Bond series, which is nothing else than a rough caricature of all Hitchcock’s work, and of North by Northwest in particular”.

Verbose films and their possible virtues

In the preface of Francois Truffaut’s interview book with Alfred Hitchcock, he points out the following.”To those who question whether clarity is all that important, I can only say that it is the most important quality in the making of a film. Here is a typical example: “At this point, Balachov, understanding that he had been cheated by Canadine, went to see Benson, proposing that they contact Tolmachef and share the loot between them.” In hundreds of films, this dialogue, or a variant thereof, has left you bewildered or, worse, indifferent to the proceedings on the screen. Since Hitchcock chooses to express everything by purely visual means, he has no use whatever for Messrs. Balachov, Canadine, Benson, and Tolmachef.”

That might be a slightly idealized view of Hitchcock, but when it comes to scripts that leave the viewer baffled and, above all, indifferent, the observation is spot on. When it comes to Tenet, Nolan seems to think that the mechanics of the plot, as well as the concepts of the film, has to be talked about ad nauseam. Ironically, critics and other viewers have still expressed that they didn’t understand what was going on or how the time inversion worked. Others have testified of boredom and indifference. It’s easy to understand why when the dialogue seems to go back and forth in an endless loop. (pun might be intended.)

Malmkrog (2020) by Cristi Puiu is nearly one hour longer than Tenet. Almost exclusively set in one building, the characters constantly engage in conversation. Unlike Nolan’s writing, the discussions in Malmkrog are not in service of the plot but rather building blocks in themselves, not unlike the films of Manoel de Oliveria.2 “It is not possible to establish a cinematic equivalent to a literary text. But, just as one can film a landscape, one can film a text. Film it or film the voice that reads it. If I show a page from a book so that the spectator can read it on the screen, I am making cinema.” Manoel de Oliveira.

Puiu’s film elicited harsh reactions after its opening at the Berlinale. “People talking in rooms in period finery clearly can’t be anyone’s idea of cutting-edge cinema.” was just one reaction. Another reviewer stated, “That Malmkrog has too much about it to explain is part of its problem.” He later added, “It’s too richly complex for the medium of film.” More about this in my piece on Malmkrog.

Even when the dialogue digresses from the exposition, it’s still far from fluid. Instead, we are treated to some of the worst lines, this side of True Detective Season 2. Kenneth Branagh as Sator (or was it Rotas?) is cursed with some of the most egregious ones. When he meets the protagonist, he gives a long speech about how he kills people. It’s needlessly, cruel and time-consuming. The protagonist looks at him and replies, “Complex”. That answer could serve as an ironic description of the film, as well. Fighting with his wife later, Sator shouts, “You don’t negotiate with a tiger. You admire the tiger until he dives on you, and you feel his true fucking nature.” It’s truly beyond parody.

In a scene where the protagonist gets the opportunity to fire inverted bullets, he is told: “Don’t try to understand it; feel it.” Some viewers have interpreted that phrase as a manual for the film. One argument being that in such an exposition-laden story, the dialogue is not always audible. This has led some reviewers to dismiss the sound mix as bad when it’s obviously a choice on Nolan’s part. If it’s sometimes difficult to discern what is being said while Ludwig Göranssons’s score is pounding, it’s clearly no gaffe on the filmmaker’s part.

Supervising sound editor Richard King said this about Nolan in 2018. “Chris is trying to create a visceral emotional experience for the audience, beyond merely an intellectual one…and dialogue is only one facet of the sonic palette.” It requires the spectators to be open-minded instead of lamenting the fact that the dialogue is at the bottom of the mix. I had more problems when I heard the hideous lines being spoken. The soundtrack is the least of the film’s problems. More serious is the fact that the concept feels half-baked and overcooked at the same time. The 150- minute runtime is a chore to sit through, but at the same time, it’s not sufficient to present a cohesive experience.

If Roy Andersson’s latest felt like an eternity at a mere 78 minutes, here we have a work that is bloated and turgid but, at the same time, feels weirdly incomplete. While watching Tenet, I found myself thinking about ELO and their album Time (1981), where the unnamed protagonist drifts into a state of twilight (We live in a Twilight world) and is transported to 2095. One thing the two works have in common is that the lyrics were not Jeff Lynne’s forte. On the other hand, passages like “Twilight, I gave you time to steal my mind away from me” is more comfortably digested when they are being sung. A major difference is that nobody ever complained about the sound mix.

Epilogue Though you ride on the wheels of tomorrow

There are rumours that a sequel to Tenet is in the works. I rather look forward to Tenet: The Musical, where half of the songs will be inverted, and the spectacle won’t depend on the lyrics. A sentence such as “Time isn’t a problem. Getting out alive is a problem.” will undoubtedly sound better in a song.