Interview with the Ābele Brothers 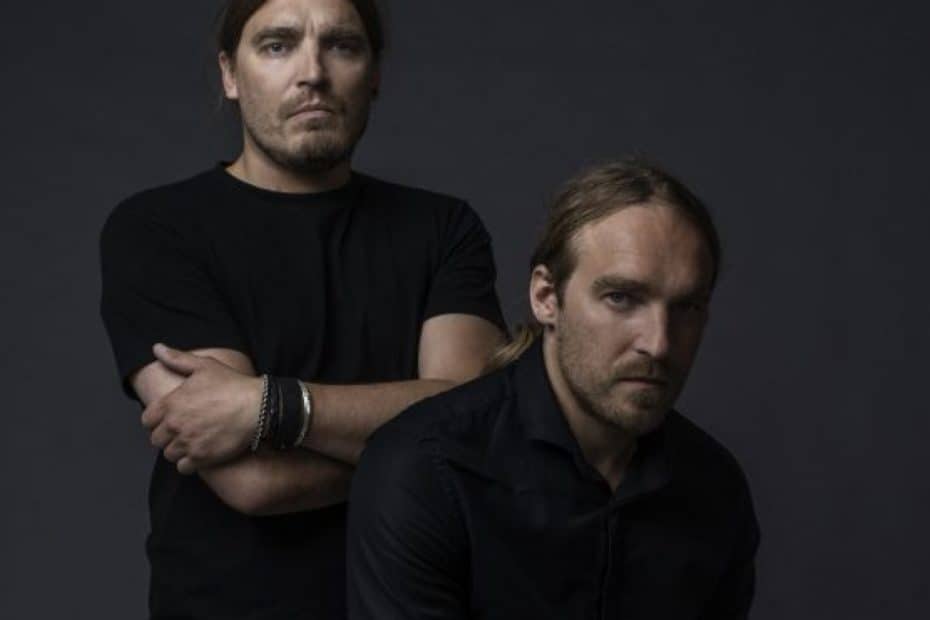 The fascinating film, Troubled Minds had its world premiere at the Black Nights Film Festival in Tallinn. I was able to talk to the directors Lauris and Raitis Ābele about the film. The conversation went quite long. I reviewed the film, as well.

Let’s start with the obvious question: How did this project happen?

We have wanted to make a movie about bipolar disorder for many years. That was like a mission because one of our best friends was diagnosed with bipolar by the age of 18, and we experienced all the highs and lows together.  He’s a video artist, and he’s extravagant. But this extravagance sometimes crosses the line, but on the other hand, who decides where that line is? Then he just went and did things that even we considered crazy. We were touring with our band in Hungary, and he was the visual artist. Then he had a breakdown. To understand what happened to him, Raitis started studying psychology. He has a masters so far.

I still have a lot of work to do. Our friend had this problem. I don’t know about Northern Europe, but let’s say in the Baltic states, there’s still some stigma regarding mental health. All issues are put in the same category. You are either normal or “crazy”. So we wanted to address that and show the complexity of the matter.

Was it an early decision to combine it with the art world?

In a way, yes, because he was an artist. We didn’t include in the movie that he had to sacrifice his art to become normal. Like, now, he works in IT for a Swedish company, but we didn’t want to make it about a video artist since that would be, like about cinema, and too much.

We chose contemporary art because we have been involved with our friends and contemporary artists, and we know the scene. It also helped us with the sets and the visuals. There were no boundaries. If we wanted a black cube, we could have it; if we wanted to have a parachute, we could.

So the art scene, is that fairly depicted what it looks like? The woman with the parachute, for example. She’s pretty striking. Is that actually what she’s doing?

It is like that. We changed it a bit when it comes to Daniela (Vetra). To begin with, it is her act, but she performs in a wedding dress, but we made it….

Yes, and we also sprayed the parachute in black, but Daniela is a very strong artist, and if she doesn’t like something, she won’t do it. She has done some really crazy works of art, and her idea is that she will go out as a legend. She does some bold acts with her partner, who is an artist as well.

That scene is very striking since it’s powerful but also very sexual That brings me to a quote in the film when the gallerist says, “These guys are bringing a healthy dose of sexuality into the art world. How do you feel about sex in the art world? Is it utilised in a useful way?

We put that sentence in because there is so much discussion about it. When I studied philosophy, Foucault said that sexuality is overrated because of Freud. It’s just a normal part of life, and we should not give it too much credit and think that it’s the root of everything. So that’s why we put that phrase in the film. When it comes to Daniela, she is quite sexually emancipated, so that was never an issue.

Yesterday I saw you guys moving that giant black cube through the city of Tallinn. So how did this idea come about with the black cube?

It’s a bit symbolic. How do you make a movie? You just push the cube forwards! We were inspired by The Myth of Sisyphus by Albert Camus. He describes him as happy because he has to do it all over again when he rolls the stone upwards. And then he has this one hour when the stone rolls down, and during that hour, he realises the uselessness of the action since he gets time to think about it. And in that time, he gets to contemplate why he’s doing it, and he understands it. But the rest of us are just “pushing the cube.” We use it as a metaphor for artists in a broader sense.

Do you think that maybe the pandemic gave us that extra hour?

Yes. In the beginning, definitely, it gave some room for reflection. On the other hand, humans are really good at adapting, and they have by now, so there is no extra hour anymore.

I was thinking about when the guys cross the Arctic Circle. Because it’s also a border that you cross, it’s like a mental border that becomes a physical border as well. Was that one of the ideas?

Symbolically in the film, yes, but the idea came from real life with the friend that we mentioned earlier. At one point, he said he wanted to go to Norway. He never made it because he didn’t have money, but it was the same idea in the film that Norway in the far north is somewhere where it’s calm. In this bipolar state of mind, it’s like all the ideas rush, and it’s rumbling in the head. So the Northern calmness and emptiness would be the exact opposite of that. Also, when you go from Latvia across the sea, it’s like a straight line. That is an aesthetical point as well, at least if you live in Latvia.

The cinematic style of the Ābele Brothers

I was thinking that the narrative is not the essential aspect of the film, but rather the ambience and the feeling. Well, I always feel that.

Yes, it is not a story-based film. It’s more about getting immersed in this world. Our set designer said that it’s more about textures about this whole environment than about a story.

How did you approach the cinematography?

One of our ideas was to show a party with people actually having a party. It feels more alive, and sometimes even two crazy things happened because it was actually happening. The camera allows psychologically for a viewer to be a person there. There are no master shots, and the camera becomes more subjective. That was one of the concepts, and it was one of the most challenging things. There were no dolly shots, even if we love that in Tarkovsky’s films.

Then when you reach the Polar Circle, the style changes quite a bit.

Then we used a Steadicam. We wanted the movie to calm down. It was still hand-held but with a Steadicam. We used an Alexa mini. The editing changed significantly as well. We see it as three different movies: the party movie, the Northern movie and the end part of the film.

Haha, yes. And in the last section was the only one where we used the wide-angle lens. We tried to find a balance for the usage of that lens. You see it far too often that directors use anamorphic lenses for no reason. So we were cautious about how we used it.

I feel that too often in films nowadays. There are too many effects without any thought of why they are used.

That loses the beauty of cinema, at least the one that we like. It’s ok if the film moves us, fucks with us or whatever, but if you only see the effects, that won’t work.

That’s the point. I’m not sure what I felt when I watched this film. Maybe I was fucked up, maybe I…

No, but that is also polarising, approving-disapproving. I felt that I saw something fresh. I haven’t seen something like this done precisely in this way.

That was interesting with our shorts. It is really different with other people watching. In Spain, people cried and approached us afterwards. In Russia, people got angry and started to talk about Christianity. In Finland, everyone laughed like it was a black comedy.

You got it! That was the idea. We didn’t think anyone would make that connection.

Well, sometimes you are lucky.