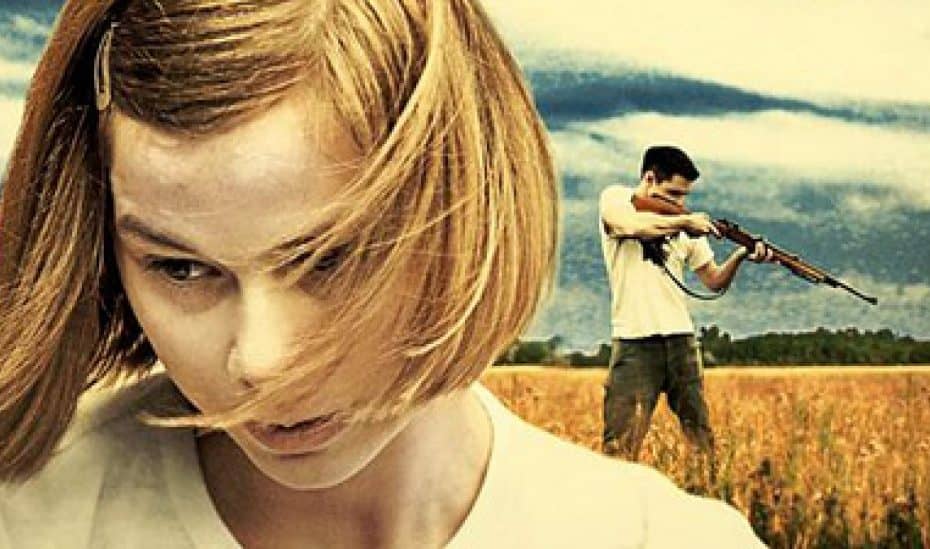 Lost Times (Utolsó idök 2009) is the first feature directed by Áron Mátyássy. It is set in a poor Hungarian border town where Ivan is stuck with his autistic sister Eszter. Progress is around the corner in the shape of a new highway being built. Ivan thinks he can open a gas station there. Meanwhile, he is smuggling diesel across the border. One day, Eszter is raped. The authorities are not doing that much to solve the case. Ivan gets increasingly anxious while being romantically involved with Ilus, who is bound to leave the village to attend college. Emotions will come to a boil, and revenge might be lurking around the corner.

If some of the plot points may sound familiar, this is a story told with particular sensitivity and maturity, which would be impressive coming from anyone, even more so when evolving from a debutant. Maybe the phrase storytelling might be misleading since this is a work of cinematic expression that doesn’t yield to the narration. The theme of nature vs grace might be reminiscent of Terrence Mallick, with the main difference that those themes are never expressed in words. Mátássy’s film obviously predates The Tree of Life (2011) by two years, should anyone be tempted to draw comparisons between the two films.

Making up for Lost Times

If the story is about individuals who seem to be stuck in a rut, the film itself is anything but. There is plenty of talent displayed in the film. Cinematographer Herbai Máté has featured in several posts here, without disapproval, and here he shows yet another facet of his skills. We find Tamás Dobos as the camera operator in the second unit and Marcell Rév as the focus puller. The editing by Zoltán Kovács is also noteworthy in the way it interacts with the atypical framing, occasionally with jump cuts. The original songs by Veronika Harcsa and Kovács lend the film a unique atmosphere, as well. Lost Times won the Grand Prize during the Hungarian Film Week in 2009

Áron Mátyássy would later direct a TV film called Tánar úr, kérem based on Karinthy Frigyes’ book A Journey Round My Skull, about his brain surgery in Sweden. It is a highly accomplished work, as well. Later he directed most of the episodes in the TV series Átok and some in the show Aranyélet, which is available on Netflix in some regions. In 2015, he made the film Vikend with the tagline “Az elsö Magyar thriller”, meaning “The first Hungarian thriller”.He also served as assistant director on Pater Sparrow’s 1. His films are not that easy to come by, even online. A fact that hopefully will change soon.