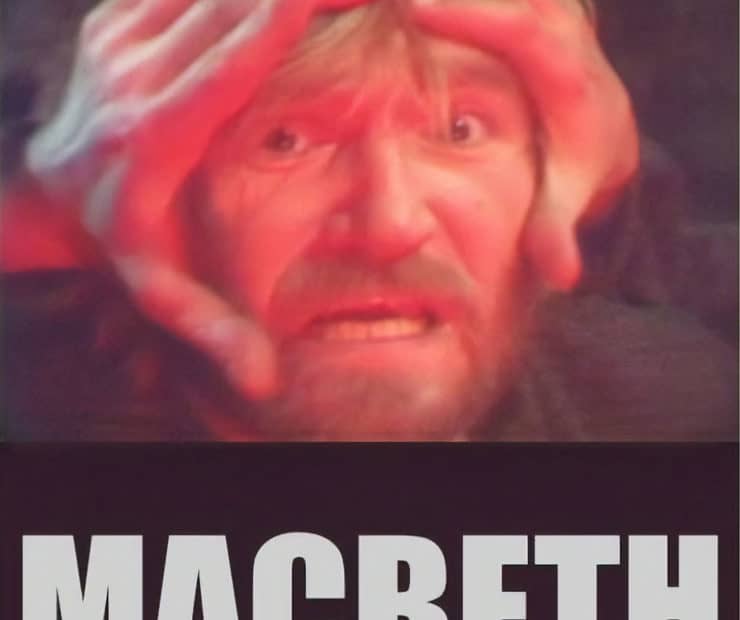 Shakespeare’s The Tragedy of Macbeth has been adapted for cinema at least twice. Once by Pauli Pentti in 1987 with a rather laconic version of The Three Witches. If it resembled a Kaurismäki offering, that is not surprising since he produced the film. Pentti was also an assistant director on his early works, including Hamlet Goes Business (Hamlet liikemaailmassa) which was released the same year. Four years earlier, Béla Tarr made a version of the play for Hungarian television with György Cserhalmi in the titular role. At the time, Tarr had made three naturalistic and somewhat claustrophobic features with topics such as housing shortage and infidelity.

Then came a significant shift in style where Tarr’s output would consist of much less frenetic works with an introspective approach, containing long takes. That is the style that Tarr is famous for today. His trajectory could be compared to that of Estonian composer Arvo Pärt, who initially composed in a modernist, avant-garde mode, only to radically shift to the tintinnabula style that made him world-famous. If one would like to trace the shift in the Hungarian director’s technique, his Macbeth adaptation from1983 is highly interesting. At 62 minutes, it’s a brisk affair. Even considering that The Tragedy of Macbeth is Shakespeare’s shortest tragedy, the work is radically abbreviated. That is still not the most striking aspect of this rendition.

The film is comprised of only two shots. The first is a five-minute pre-credits scene, followed by a 57-minute, unbroken take where the camera prowls around characters among torches and fog. The Three Witches are pretty different in this one, as well. The film was lensed by Ferenc Pap and Buda Guylás, who also shot Autumn Almanac (Öszi almanach 1984). It’s evident from the start that the budget was relatively modest, and it’s not a technical marvel in any sense of the word. The change in style could be attributed to Tarr being influenced by Miklós Jancsó. In 1987, Tarr would act in Season of Monsters as a mental patient, which is far from the only connection between the directors.

Jancsó’s camera movements were an obvious inspiration for Tarr, Here the setting is not as vast as in later films, but if one considers the later films like The Tyrant’s Heart, it’s not difficult to track similarities between the two. The presence of György Cserhalmi, just being one of them. The way Tarr utilizes and manipulates space holds the attention throughout and points forward to Sátantángó (1994) and Werckmeister Harmóniak (1999), apart from the fact that all Tarr’s films following Autumn Almanac were shot in black and white. The acting is uniformly strong. From Erzsébet Kútvölgyi as Lady Macbeth to János Derszi and Miklós B Székely in smaller parts.

For anyone who manages to overlook the technical limitations, this adaptation of the Scottish play has plenty of riches to offer. Soon, Joel Coen’s version of The Tragedy of Macbeth will be released, which means that at least one film version of the story will not come from the Finno-Ugric language family. Macbeth is available on Eastern European Movies for a fee. There is a version on YouTube with Italian subtitles.