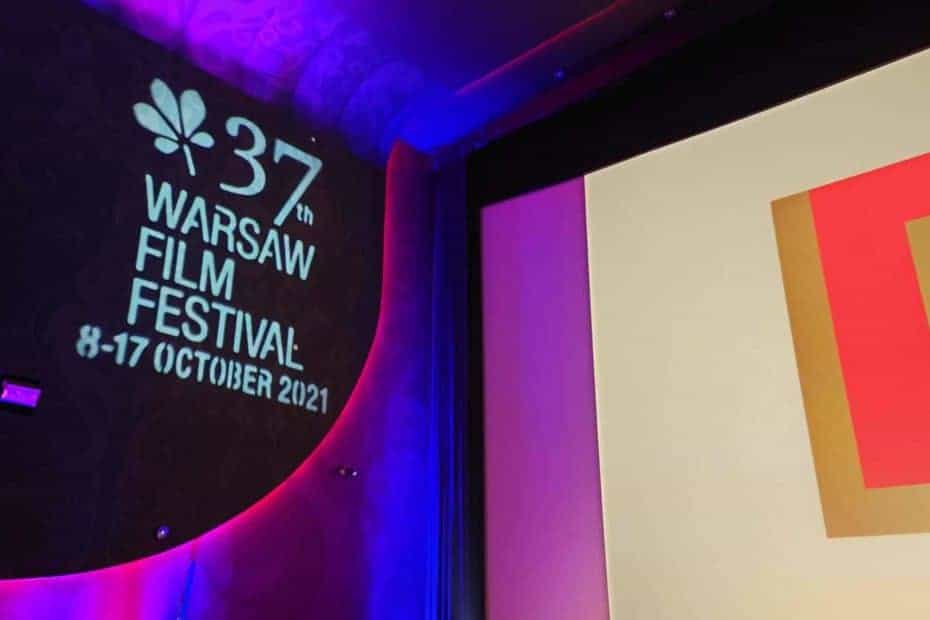 The 37th Warsaw Film Festival opened with a Russian film; Captain Volkonogov Escaped (Kapitan Volkonogov bezhal) by Alexey Chupov and Natasha Merkulova. It’s a thriller set during the 1938 political purge in the Soviet Union. The titular captain works for the National Security Service. After a colleague suddenly commits suicide, he starts questioning the motives for the government’s actions. He decides to track dow8n the victim’s relatives and tell them the awful truth; That the loved ones they send clothes to are, in fact, killed by the authorities. In a vision, he has been told that if one of them forgives him, he will reach redemption. Simultaneously, he’s being chased by Major Govnya, who has problems of his own.

What will follow is a parade of visits to said relatives, punctured by flashbacks to the evil deeds that the captain and his men performed. Meanwhile, Major Gonvya is doing his utmost to stop him, well knowing that if he fails in that mission, he will be the next victim. It is the quintessential cat and mouse game. The film is fast-paced and looks tremendous, like many Russian films of late. The production values are top-notch, from the set design and costumes to Mart Taniel’s cinematography. Boredom never sets in, but a feeling of hollowness does. Surprises are far between, and the flashbacks are neither revealing nor illuminating.

The film looks like a perfect calling card for a US career. Comparisons with The Fugitive wouldn’t be too far off. I even thought of Kaurismäki’s I Hired a Contract Killer (1990), where the killer has a lethal disease, like Major Govnya here. The thespians can’t be faulted. Yuriy Borisov, who’s been seen in countless films this year (meaning three, including Compartment No 6 and Serebrennikov’s brilliant Petrov’s Flu), is highly efficient as the captain, and the acting remains strong across the board. The directors have stated that it’s not a typical historical drama but something that they dubbed retro-utopia. Whatever label you use, it’s vivid and entertaining, if not that thought-provoking. In other words, the perfect opening film.

Who would you like to be if you could be anyone? That is the question asked in Miss Osaka, directed by Daniel Dencik, brother of actor David Dencik. Inés (Victoria Carmen Sonne) is on a trip to northern Norway with her boyfriend. She meets the enigmatic Maria and is enthralled by her. After an accident with lethal consequences, she decides to step into her shoes and lead her life. Consequently, she goes to Osaka, where Maria worked as a hostess in the club that gave the film its name. It’s difficult initially, but gradually she gets more accustomed to her new environment. When she gets involved with a regular who loved Maria, Inés is warned that things might get dangerous.

To reveal more would not necessarily be spoiling the film. It’s rather that the film stays ambiguous throughout. Dencik is well aware that this is not the first time this kind of story has been told. Thus the film is chock-full with references to other works. Parts of the dialogue are song lyrics, and in an early scene, there is an obvious allusion to Antonioni’s The Passenger (1975). It’s always debatable how wise it is to include such references. If the film can’t carry them, they might blow up in your face. There might be a hint of Tarkovsky as well, among several other directors. The overall impression is still not a derivative work.

The two distinctive settings are intertwined, so it is not a straight-up diptych. Aske Foss’ lensing captures the wild nature in northern Norway and Osaka’s glitzy, neon-filled streets with equal panache. The main attraction of the film, however, is doubtlessly Victoria Carmen Sonne as Inés. When she interpreted the trophy wife in Isabella Eklöf’s Holiday, her physical appearance was in focus since the film dealt with the superficiality of her life. In Miss Osaka, she gets more opportunities to display the interior of her character. Inés wants a change in her life, but it’s not clear if she knows exactly what she is looking for. It is a brilliant and nuanced performance.

Halfway through the film, I had a very clear feeling of how things would play out. By the end, it’s not entirely clear if I was correct in my assumptions. It is not the most original film made on the topic, but it’s worth seeing if only to tell people that you saw Sonne before she became a star.