The Creatures of Agnès Varda’s vision 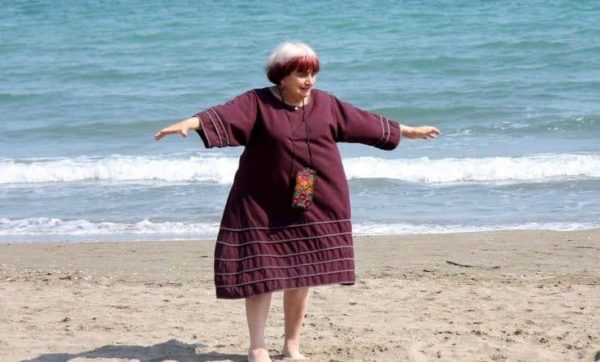 The news of the death of Agnès Varda shouldn’t be surprising, considering she was 90 years old. Still, there is a supreme sense of loss. What has been lost is a curious spirit who rarely appeared dogmatic, neither in her approach to cinema nor feminism. Varda is often labelled as a Nouvelle vague director but was rather part of the so-called, Left bank group, which also included Alain Resnais and Chris Marker, among others.

When she made her first feature, La pointe courte (1955), she asked Resnais to do the editing. When he looked at the footage, he was very reluctant to do so since he felt that Varda was doing similar things to him but that she was way ahead. He finally gave in, however.

Cléo and other creatures

The next feature was to become one of the directors’ most iconic films: Cléo de 5 à 7 (1962) The expression cinq à sept in France generally refers to a meeting with a lover. In Varda’s film, however, we follow a self-centred singer anxiously waiting for the result of her biopsy. We follow her walking around the city, meeting friends, and at the same time reflecting on the situation she is in and how shallow integral parts of her life have been. As a funny interlude, she visits a cinema where she watches a silent short featuring Jean-Luc Godard and Anna Karina, where the former makes fun of his trademark dark glasses.

However, I would like to focus on one of her lesser-known features, Les Créatures (1966). It was one of six co-productions that the Swedish company Sandrews made at the time. 1Among the other directors were Jean-Luc Godard, Robert Bresson, Jacques Doinol-Valcroze and Alain Resnais.

Nineteen years later, the same company would refuse to import Sans toit ni loi (1985), also known as Vagabond, giving the reason that nobody would go and see it. It was finally released by the Swedish Film Institute. 2The French producer of the film was Mag Bodard, who also passed away this year at the age of 103. She was one of the most prominent producers at the time, working with directors such as Bresson, Resnais, Jacques Demy, André Delvaux and others.

A critical and financial flop, Les Créatures stars Michel Piccoli as Edgar and Catherine Deneuve as Mylène. As the couple is riding in the car, an accident occurs, which renders Mylène mute. Fortunately, we are not in Carnival of souls territory. Edgar is a writer and is working on a novel, using the inhabitants of their village as characters. The story concerns a scientist who can control the villager’s actions. Any further description would threaten to simplify this complex but also very playful film. With that said, when the actual game of the film starts, it might be the film’s less stringent section.

The opening credits feel like a Resnais film, in particular, Muriel made three years earlier. There are, however, more profound similarities between the two directors. Varda’s film doesn’t only point backwards but also anticipates later films by Resnais such as Providence (1977) and Mon Oncle d’Amerique (1980) Two of the director’s major films, that in some quarters have been labelled “academic” and “dry” whereas they, in fact, are quite playful and humorous.

The same goes for Les Créatures. It wouldn’t be unreasonable to try to analyze the interweaving between truth and fiction, but it still wouldn’t do justice to the pure pleasure involved. Characters are manipulated in the game/story in the same way as Clive Langham manipulates his relatives in the draft for the book he is outlining in Providence. The abundance of crustaceans brings Mon Oncle d’Amerique to mind, where, incidentally, characters also seem to be directed by forces beyond their control.

That these manipulations are visualisations of the creative process goes without saying, but it seems that Varda is interested in her character’s growth as well, at least the female ones. Edgar doesn’t show much development. He walks around the village, doing nothing or at least very little. Maybe that is why he, on occasion, speaks with animals.

On the other hand, the other creatures of Varda’s imagination seem actually to learn something about themselves. For instance, Michele Quellec (Ingmar Bergman regular, Eva Dahlbeck) who, unlike Cléo, doesn’t need a life-threatening disease to evaluate her life. Her relationship with a married man is not going the way she expects, and she learns to deal with it.

As mentioned above, the film was something of a failure upon release (Cinémathèuqe director Henri Langlois said that people just didn’t get that it was “pure Meliès”) Varda managed to turn that lack of success into an installation piece called Ma Cabane de l’Échec. It consisted of a shack built with reels from the film. Varda referred to it as a “Shack of a recycled movie.” More can be read here ( in French). An unusual and good-natured way of handling a non-success.

Varda’s work has been underrated for years, but it seems her reputation has surged during this decade. There are plentiful great works “cinecrit par Agnès Varda”.