Forest: I See You Everywhere 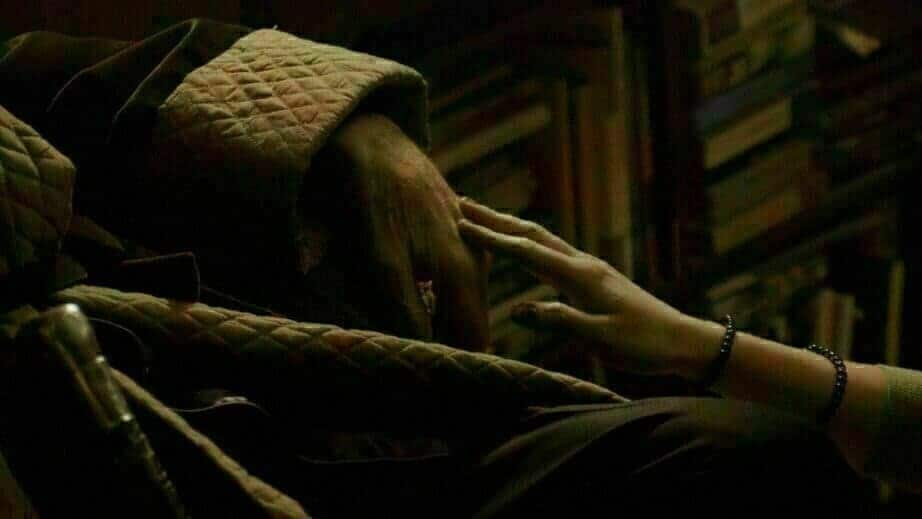 Benedek Fliegauf made his debut feature Forest (Rengeteg) in 2003. Since then, he has directed several successful films like Just the Wind (Csak a szél 2012) and others. In 2016 he presented Liliom ösvény (Lily Lane) at the Berlinale, which was met with less enthusiasm than some of his earlier works. Flash-forward to 2021. Forest: I See You Everywhere (Rengeteg-Mindehol Látlak) and Natural Light were the two Hungarian films in competition when The Berlin festival was forced to go digital. As the title of the Fliegauf film suggests, there are similarities with the director’s first film. The new work consists of six stories, bookended by a sequence with a grandfather.

Said István Lénárt portrays the grandfather in what would be his penultimate performance, the last one being Erasing Frank (Eltörölni Frankot 2021). The stories illustrate different awkward situations, often dialogues shot with hand-held cameras, with quick pans rather than cuts (even though the excellent Wanda Kiss is one of the credited editors). The first story is about a girl preparing to give a presentation at school. To her father’s chagrin, she decided to change the topic from urban traffic to a description of how her mother died. In the daughter’s mind, her father caused her death since he didn’t swap the summer tyres for winter ones. Her father claims that the two had a deal.

The daughter is played by Lilla Kizlinger. It was her first role, and she won a Berlinale award for Best Supporting Performance, which seemed to surprise her. The other episodes also boast great acting, particularly from female thespians like Juli Jakab, Ági Gubik and Eszter Balla. The latter acts opposite the director’s son János in one of the few lighter moments when Balla’s catholic mother argues with her son about his role-play that involves shapeshifters. The son snaps back by comparing God to Mao and Hitler. The mix of pros and amateurs is fortunate and lends the film a peculiar freshness.

Apparently, the project came about after another project about Chernobyl was scrapped. It could be argued that the dialogues follow a specific template where we hear one side of the story initially, to later be surprised by the opposite version. Still, it’s not that different from the great Ibsen’s methodology in plays such as Rosmersholm and John Gabriel Borkman. More importantly, this dichotomy appropriately depicts the highly polarised world we live in today. At least, the film takes place in a universe where the opposites interact with each other instead of staying in their own respective bubbles. The final episode is the strongest one but, in many ways, the bleakest.

Forest: I See You Everywhere or Nowhere?

There are similarities to the first Forest film, but the new one is rooted in confrontations to a more significant degree. Maybe another sign of the times we live in. If the title of the second one ( I See You Everywhere) suggests surveillance cameras, that could be the case in some of the outdoors shots. Otherwise, the style with the frequent close-ups is relatively close to the first one, even though the new film is more kinetic.

Forest: I See You Everywhere is available on HBO in some regions, meaning the spectator would watch it the same way as the Berlinale audience did in 2021. The film works well on a smaller screen since it increases the feeling of awkward intimacy. It is well worth seeking out. Fligauf is now finalising the script for his next film called Csontláz. It is described as a work with bio-horror elements about a twenty-year-old anthropologist who sets out to find the father of a biologist who disappeared in Transylvania. It is not yet decided if the film will be made in Hungarian or English.