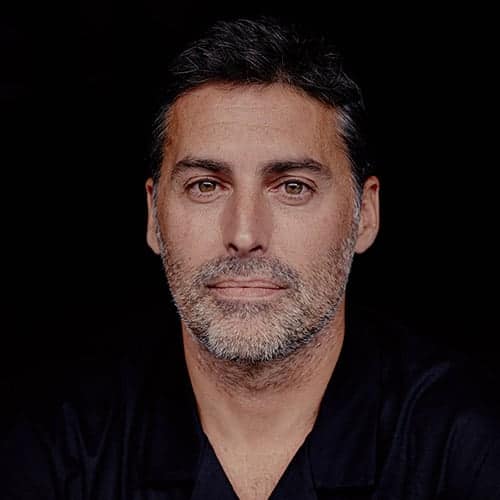 The Radio Amateur (reviewed here) is the first feature by Iker Elorrieta. I was able to interview the director in Tallinn during the Black Nights Film Festival.

This is your first feature. What were you involved in before this film?

I made short documentaries and experimental shorts—also some commercials. I will put the former on my webpage soon.

How did this project start?

It started because I was writing several scripts simultaneously, but this one may be the most personal because private things influenced the script. One is the death of my father, which may not be visible in the film itself, but it’s part of me. And then, because I have a very close relationship with a family with a neurodivergent son who is on the autism spectrum. He is now around 18 years old. It’s really personal.

Yes, I felt that when I saw the film. What about the actor who plays Niko?

I met Falco Cabo at the end of 2016, I think, and we were doing acting and directing classes. We said that we should do something together. I realised that he was the perfect actor for this part.

Has he acted before? He is quite young?

He is young, yes. He came from the musical theatre. He has good body language, which was very important for me.

He had more experience with theatre then?

Yes, he didn’t make any films before. He made some TV shows, but that’s it.

Then I guess that transition must have been a bit difficult because you use grander gestures in the theatre, so how did you work with that to get him to be a bit more restrained? Especially since the camera is very close.,

It is very close, that’s true. Maybe the focus for me was staying really close to the actors and making sure that the performances were balanced.

But was it a long process? Was it challenging to make that transition since he is used to the theatre?

He is a really good actor. He and Usúe (the co-star) trusted me, which is very important.

Did the other actors come from the theatre as well?

No, except for the father of the guy in the wheelchair. He is a comedian.

What is the situation for people with autism in Spain? Do they get the kind of help from society that they need?

It depends a bit on where it is. In northern Spain, like In Basque country, I think it is good. In Madrid, it might be a bit different.

I think the cinematography in this was splendid. There were so many striking moments. How did you approach the visual look of the film?

The location is very important to me. And also the light, and I tried to use as much natural light as possible, persuading the crew to work as often as possible during those 20-30 minutes when the light is the best.

How long was the shooting period?

We shot for seven days at first, and then stopped to rethink the film, then 22 days more at a later stage.

Did COVID affect the shooting at all?

In one scene, yes, we had to go back and shoot. Most of the film was shot in 2019, and that scene later.

Concerning the script, you said it’s very personal for you, so how do you strike a balance so it doesn’t become over-emotional? I don’t think it does. I think it’s very precise and well-made. So how did you think about that?

First, I had the draft, and then I could make changes in the script whenever I needed to since I’m also the producer of the film. That also affords me to give the actors freedom to act and react and sometimes improvise and tweak their lines subtly. I also took advice from a good friend who is a very good writer and came up with some suggestions.

Yes, it’s an important process for me because I don’t want the film to be a copy of the script. It’s hard for me to understand that you have 90 pages and think, “this is a good film,” I don’t like that kind of thinking.

You mean the film is born when you shoot, in some way? But do you believe maybe that it’s good to have a strong script, and then you can improvise from that because then you have something to fall back on? Ingmar Bergman used to say that he didn’t necessarily follow the script, but there had to be one.

I do. It’s a process, and the writing is important even if I don’t follow it strictly later on.

Something else that I was struck by was that there is not much sentimentality because the dialogue is crass, even crude. The way they talk to each other, like when Ane said what she was called after Niko called her things.

Unfortunately, when we are down and poor, we hate more than anything else.

Sometimes it becomes comical. Like when Niko says, “They said you can help me even though you’re a bit of an asshole”, and the other guy doesn’t even react. It’s a deadpan world like in a Karuismäki film.

Yes, I love that kind of dialogue, and I really like Kaurismäki as well.

The music is another striking feature of the film. How did that come about?

We worked with Aitor Etxebarria. During the Covid quarantine, I went to his studio with many references like Jóhann Jóhansson. We love the same music, and it was a good cooperation. He was present during the editing as well. Xanti Salvador was the sound engineer, and he is amazing. I was happy to have him create the soundscape of the film.

What is the situation like for cinema in Spain? Is it different depending on the region you are in?

Yes, we have support from the government in Basque country, but it’s really, really hard to do a first film, almost impossible. So you have to produce it yourself.