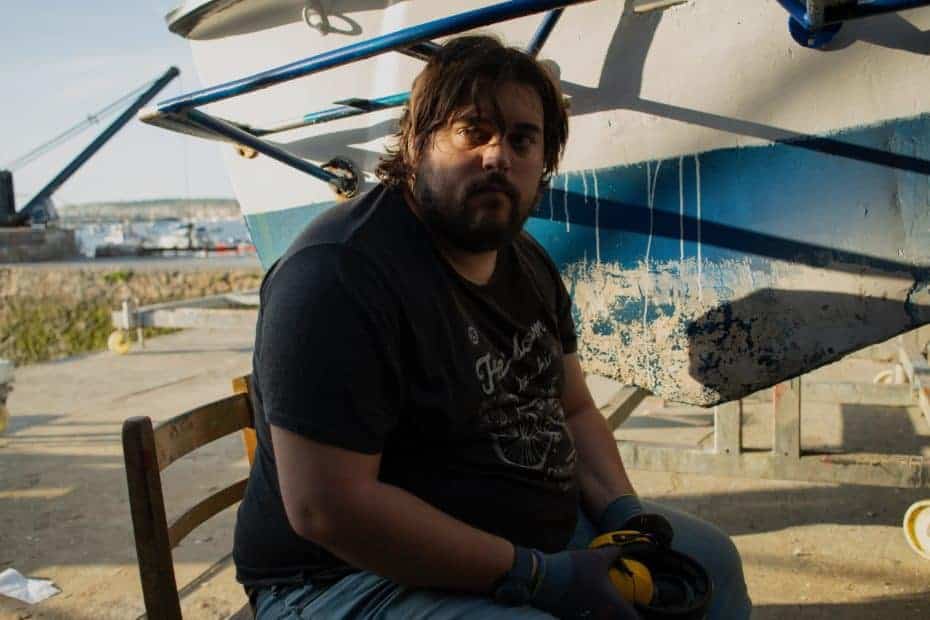 The Radio Amateur (El radioaficionado 2021) is the first feature by Iker Elorrieta. After playing in the Zinemira Section of the San Sebastián Festival, it was time for the international premiere during the Black Nights Festival in Tallinn. I was also able to interview the director. Following his mother’s death, Nikolas, a young 30-year-old with autism, decides to return to his hometown. He wants to fulfil a mission and reach the high seas within two days. There he meets Ane, a childhood friend, and enlists her help. However, Nikolas barriers when it comes to communication won’t make it easy for him. It turns out that not everyone tunes in to the same frequency.

Presented in the First Feature Competition in Tallinn, it’s a work of a director who so far has worked with experimental shorts and commercials. In many ways, it’s an unassuming work that still displays a startling maturity for a first film. In some ways, the film stands and falls with its principal thespian. Falco Cabo as Nikolas makes his cinema debut, as well after previously having performed in the theatre. It is a brilliant performance, not in a grandstanding way, but in the nuanced fashion that he manages to bring out the traits of Nikolas, not all being positive. The qualities of the film don’t stay with the leading actor. There are plenty of things to relish in this film.

The lensing is one of those qualities. The camera often stays close to the characters, Nikolas in particular, focusing on his predicament but also unveiling how skilfully Falco Cabo interprets the character. There are scenes when the camera keeps a distance, not least in the shots by the sea. A startling scene near the beginning shows Nikolas coming home with the urn with his mother’s ashes in the foreground, while he is shown doubled in the background. The film has many such sensible touches. Elorrieta doesn’t forget the aural side of the experience. The music by Aitor Etxebarria and the soundscape by Xanti Salvador, which doesn’t aim for mere subjectivism, are also instrumental to the film’s success.

The topic of The Radio Amateur

One of the film’s taglines is “The first Spanish fiction film to address autism in adults” A sad as it might seem, the topic of autism is still a somewhat shameful issue in Spain that many people prefer to ignore. The subject matter is close to heart for the director since he experienced a case in a family that was close to him. The sea was also vital to him. Like in my own case, that’s where his childhood memories emanate from. The cruelty against Nikolas is occasionally shocking in its vocabulary and insensitivity, and it’s all too clear that the time when people do tune in to the same frequency is far away.

The Radio Amateur is a rich film, packing a lot of emotions and subtlety during its 87 minutes running time. The imagery is constantly inspired without betraying the lucidity of the story, and the soundtrack is persistently engaging. Iker Elorrieta is a director I will keep an eye on in the future. Following Ainhoa Rodriguez’s magnificent Destello Bravio, set in a very different region, it would seem that young Spanish cinema is alive and well from the Basque region to the south.