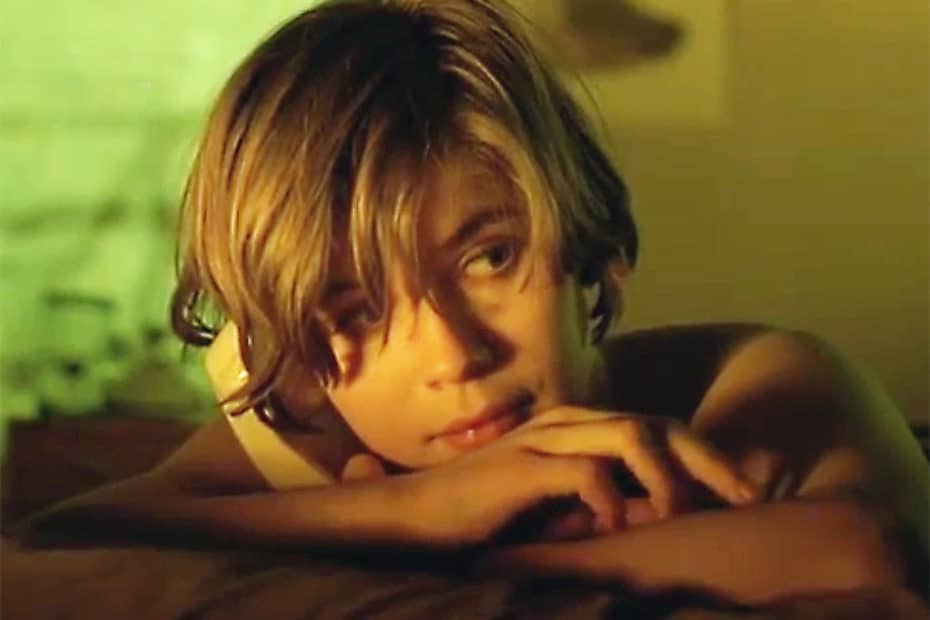 La Double Vie de Véronique or Podwójne życie Weroniki, as it’s called with an untranslatable pun, was released on this day, 30 years ago. It was the first film by Krzysztof Kieslowśki that was co-produced outside Poland. The success of the Decalogue had made the director an art-house superstar, so it was no surprise that French producers would be interested in him. The film takes place in Poland and France, where we meet Weronika and Véronique, respectively. They are both played by Irène Jacob, and the similarities don’t end there. Weronika sings, whereas Véronique teaches music. Both of them leave their small cities for a big one, and each of them suffers from a heart condition.

The first part of the diptych is largely set in Kraków. That’s where Weronika goes to spend time with her aunt, who is ill (The wonderful Halina Gryglaszewska). She eventually ends up in a choir where Kieslowski regular Aleksander Bardini portrays the conductor. In France, Véronique works as a music teacher. She has stopped singing to her teacher’s chagrin. The music by Van den Budenmayer1 A fictitious Dutch composer invented by Kieslowski and his co-writer Krzysztof Piesiewicz, which she analyses in a class, we’ve already heard Weronika sing during a concert. She gets entangled with a puppeteer that she met during a performance attended by her class. He will try to pull her strings in more ways than one.

I’m not going to divulge more of the plot(s). Suffice it to say that the script is extremely well written, and even though the connections between the two women are numerous, the film never feels forced. Some of the connections are obvious, while others are subtle. This is a film that not only merits but amply rewards multiple viewings. The characters are portrayed as flawed human beings. There was a time during the making of the film when Kieslowski felt that Véronique was a bit too angelic. That was why he added the section with her lying about a sexual relation to help a friend. Irène Jacob, who was fairly unknown a the time, is perfect in the two roles.

The film is strongly metaphysical, verging on the supernatural. An important factor in achieving this is the cinematography by Sławomir Idziak. He and Kieslowśki already collaborated in A Short Film About Killing (Krótki film o zabijaniu 1988), where he experimented with weird angles and numerous filters to achieve an eerie effect. Here the aim is to conjure a transcendental experience. It works wonders in several sequences. The scene where Weronika looks at the landscape through a rubber ball is one of the simpler examples. The lensing is perfectly balanced. The touristy shots of Western Europe that would plague the later Colour trilogy is nowhere to be found here. A glorious example is a central scene in Kraków.

The sequence in question is shot in one of the most beautiful squares in Europe, Rynek Główny, A place that would handily lend itself to cosmetic, beautiful shots. Instead, the focus of the sequence is something else entirely. Compared to the postcard views of Paris in Trois Couleurs: Bleu (1993), complete with the Mouffetardisation of the Rue Mouffetard area, the contrast couldn’t be sharper. Trois Couleurs: Blanc (1994) suffers from similar problems, but luckily the plot redirects the action to Poland fairly soon. In Vèronique, the balance is kept until the very end. At least that was the case with the version screened in Europe. In the US, Miramax mogul Harvey Weinstein asked for an alternative ending, which Kieslowski agreed to.

La Double Vie de Véronique is, in my mind, one of the highlights of Kieslowśki’s career. The subsequent Colour trilogy was a major disappointment artistically, even though they were very successful commercially. The White one was the strongest of the three, but it was still a mere shadow of works like No End (Bez Konca 1985), The Decalogue (Dekalog 1989) and Véronique. The film won three awards at the Cannes Film Festival, and it has aged far better than certain other films in that year’s edition. It shows the director at the heights of his powers.