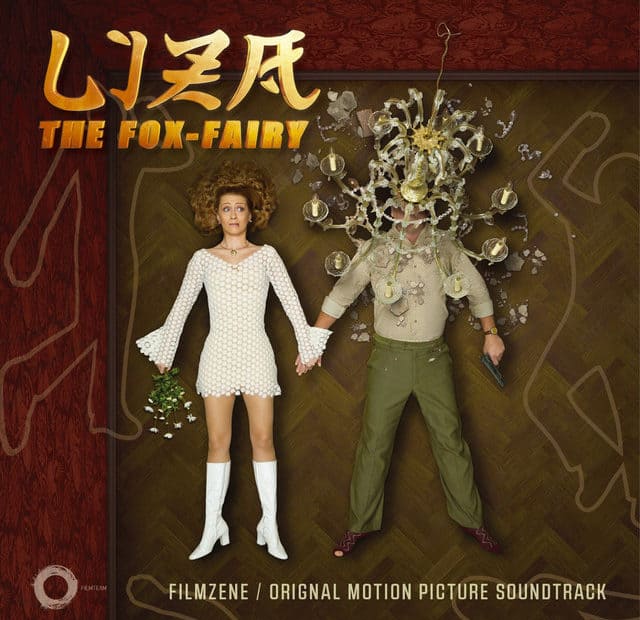 Károly Ujj Mészáros released his first film Liza the Fox-Fairy (Liza, a rókatündér), in 2015. The titular character is a lonely nurse who works for the widow of the Japanese ambassador. That’s how she gets introduced to the culture, and she reads sappy Nipponese novels and listens to Japanese music. Her favourite is Tomy Tani, and she imagines that his ghost is in the apartment. She also believes that Tomy has put a curse on her, turning her into a Fox-Fairy, who kills all men who try to get close to her. Since she is approaching 30 and is looking for a man to spend her life with, this could be seen as somewhat problematic.

The film starts with a scene in a police station where Liza claims she didn’t kill any of those men found dead in her apartment. Then the narrator intrudes and says that this is silly and that we should go back to the beginning, starting with “Once upon a time in an apartment block in Csudapest” So, from the outset, we know that we have entered a skewed version of Hungary. The story takes place in a city called Csudapest (The word csuda means wonder, miracle in Hungarian), which is a capitalist version of Hungary in the seventies. One of the central places in the film is Mekk-burger, with an interior that looks like many recent retro-communist venues.

Liza goes on several dates with men who are far from her dreamy vision. One is obsessed with food and wouldn’t be out of place in Taxidermia. Others are just after sex, particularly Henrik, who seems to be the Don Juan of the block. The numerous sex scenes are as frank as they are humorous. This is a film that mixes romance, fantasy, violence and sex in a confectious way. Detective Zóltan is put on the case, and since he comes from the countryside, he needs somewhere to stay. What is more natural than that he rents a room in Liza’s apartment, which she inherited after the deceased widow? The rules in this universe are crystal clear.

Zoltán loves Finnish Western music, which he constantly plays in the apartment. It’s a whimsical story that may feel like a fairy tale, but the sweetness is more than balanced by the violence and blood on display. It’s much darker than other works that it has been compared to, and the similarities to those are merely superficial. The latter word might be the label that many spectators would stick to this work as well. The cinematography boasts an interesting colour palette that doesn’t rely on pastels alone. When it comes to digital effects, which there are plenty of, there are some that just don’t work. That was my main problem with the film when I saw it the first time.

The director is clearly fascinated by Japanese culture. The film is based on a play (Liselotte és a május) that doesn’t contain the Japanese elements of the film. He also made numerous commercials in Japan. The film is highly entertaining and won a slew of awards in fantasy festivals. The reviews were mixed, where some felt that the director wasn’t as clever as he seemed to think. It would be easy to list several directors where that is a greater sin, and the virtues clearly outweigh the faults of the film. Three years later, Balsai and Mészaros reunited in the latter’s second film, X-The eXploited, An attempt at a crime thriller that was undistinguished, to say the least.

The film is available at Eastern European Movies.