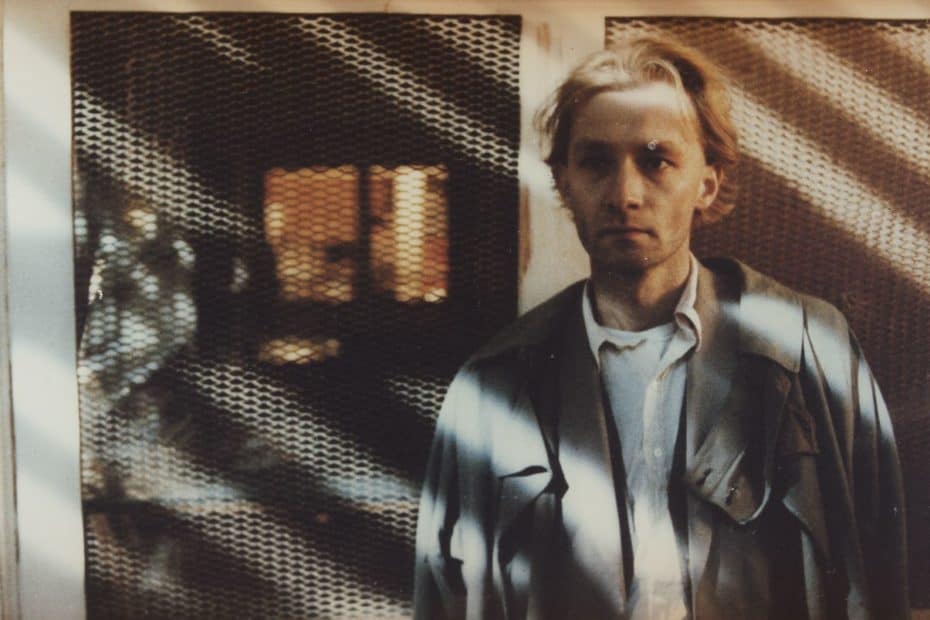 Meteo (1990) is the first film by András Monory Mész. It was written by Géza Bereményi, the director behind Eldorádó (1989), starring Károly Eperjes, who plays one of the main roles in Meteo as well, called Berlioz. Together with Verö (Zoltán Varga), he tries to get rich on horse race betting with the help of Eckerman (László Kistamás), whose computer wizardry is supposed to hack the system. The latter is a meteorologist (hence the title) spending his time daydreaming in a bathtub in an abandoned factory that is up for demolition very soon. Several other characters flit in and out of the plot, including a beautiful Czech girl whose interaction will have severe consequences.

There is no point in describing the plot at length. Not so much to avoid spoilers as for the fact that it is the least memorable part of the film. I met Bereményi in 1991 and asked him about his recent scripts for other directors’ films (Not counting his contribution to Péter Gothár’s Time Stands Still). The answer was that he was doing some, but only for debutants. That would change later with films like Children of Glory (Szabadság, szerelem 2006), directed by Krisztina Goda and co-written by Joe Eszterhas. Since the script of Meteo is its least interesting aspect, it seems curious that Bereményi was involved. However, one has to consider the shoestring budget, among other things.

The headline is a failed pun since the word for weather in Hungarian is not meteo like in French, but rather idö like the word for time (standing still or not). Still, this is a film where the atmosphere is everything, and that is not a bad thing. The film has been compared to Escape from New York (1981) and Blade Runner (1982), which is apt when it comes to the look of the film. Talking about the characters, other films come to mind, namely, the French films from the early eighties dubbed “Cinéma du Look” by critic Raphaël Bassan. I’m not a fan of this term since it lumps quite diverse films together in one group.

Works like Diva (1981), Subway (1985) and even the early works of Carax are lumped together under this term. The idea was that these were films that championed style over substance, which was a standard shortcut for deriding films at the time that didn’t provide a clear political message. Something that was over-abundant during the dreaded seventies. In Diva, Richard Bohringer’s character spends lots of time in his bathtub. The similarities between the films don’t end there, but the most exciting thing is that Monory Mész seems to have taken several things from the Cinéma du Look, except the look. The character’s unclear aims are similar, but the look is more post-punk than the glossy surface of Beiniex.

Meteo thus comes out as an amalgam of the philosophy of the French films with the style of the dirty films like Blade Runner and others. Today, a striking aspect is how fresh the retro style feels and how the film accurately depicts the political situation during an era of pivotal change in leadership and power structure. The film has been a cult film in Hungary since it came out, and the soundtrack was immensely popular as well. László Kistamás was one of the founders of a group called Kontroll Csoport. The shooting took place in different dilapidated buildings, one of which would become Hungary’s first IKEA.

It was a huge but welcome surprise when the film was re-released on DVD by MANDA in 2014. However, at this time, it’s not available for streaming. Hopefully, that will be remedied soon so the glorious experience of the cinematography by Gábor Szábo and the film’s other qualities will be readily available.

UPDATE: Thanks to the guys at Cultpix, Meteo is now available to stream. Seize the opportunity to watch this fascinating film.