The Northman by Robert Eggers 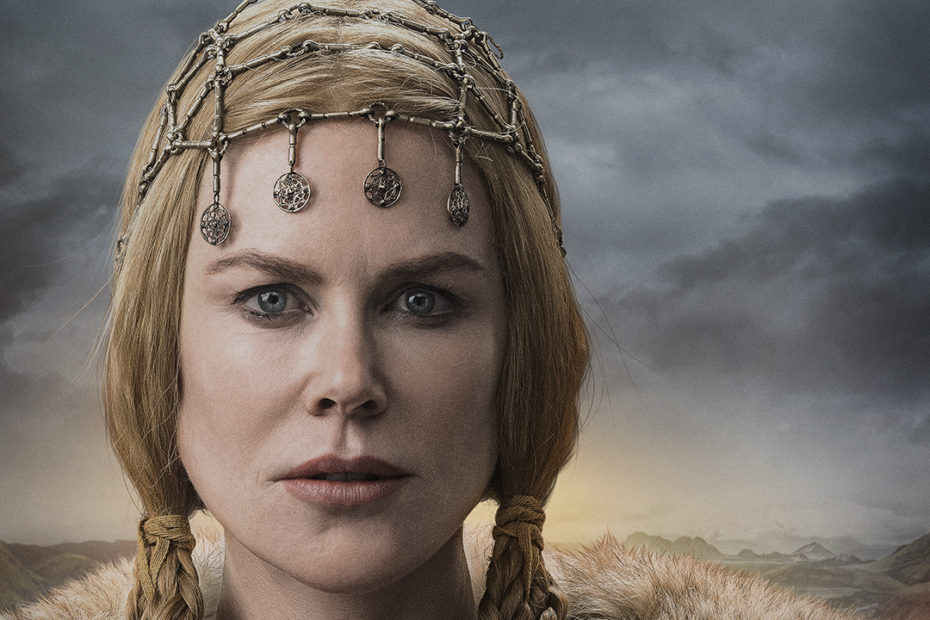 The Northman is Robert Eggers’ third feature to date, following The VVittch – A New-England Folktale (2015) and The Lighthouse (2019). Those two works have made him one of the new darlings of semi-artyish contemporary cinema. I saw the latter film first when it toured the festival circuit in 2019. Initially, I was drawn in. The third shot, where the two protagonists are seen from behind on a boat, moving sideways next to each other, like two cardboard figures, impressed me, and I was sure that I was in for a real treat. As the film went along, my enthusiasm waned, and by the end, I merely shrugged my shoulders and was content that it was over.

Discussions with other spectators at the festival suggested that the majority felt very highly of the movie and talked with delight about the aspect ratio (1.19:1) and the black & white images that supposedly emulated certain silent films. A gap in the schedule led me to rewatch the movie a few days later, with Eggers attending the screening for a Q&A. The second viewing somewhat changed my mindset. What once was indifference now turned into severe irritation. The comments by the director didn’t help. What first felt like a goofy, good-natured experiment now came off as a pretentious style exercise by someone who hadn’t practised enough. The lack of engagement remained intact.

Later, I watched The VVitch, which was underwhelming as well, albeit in a different way. Interestingly, it was highly reminiscent of Ari Aster, especially Midsommar, made the same year as The Lighthouse. If two of the most overestimated directors working today are similar to each other, what might that signify? There is no maypole in The Northman, nor is there any reference to Valborg (Walpurgis). The film is based on old Nordic tales that apparently were the basis of Hamlet, even though there is no evidence that Shakespeare read those tales. The project was a dream of leading actor Alexander Skarsgård who wanted to play a character who wasn’t merely a Northman by name.

The Northman tells the story of Amleth (Skarsgård), who, as a child, witnesses the murder of his father committed by his uncle Fjölnir (Claes Bang) and wows revenge. We see him repeatedly saying that he will avenge his father and save his mother (Nicole Kidman). Later Amleth is raised by a band of Vikings and raised as a berserker. Later, Oedipus Amleth encounters a seeress (Björk), who predicts that he will take revenge on Fjölnir and that his revenge is linked to a maiden-king. Pretending to be a slave, Amleth sneaks upon a ship where he encounters a slave named Olga (Anya Taylor-Joy), who claims she is a sorceress. A fact that might come in handy during the revenge phase.

Colours I’ve none dark or light, red, white or blue. Cold is my touch (freezing). Summoned by name, I am the overseer over you.

The absence of style in The Northman

Robert Eggers described the film as Andrei Rublev (1966) meets Conan the Barbarian (1982). The director’s modesty is clearly evident. The film’s budget was $70-90 million, depending on who you ask. So far, it has grossed $29 million and has been dubbed a box office bomb by Variety. The critical reception has been more favourable. With an 89 % approval rating on RT, one of the dissenting voices was Richard Brody in The New Yorker, who described the film as half-baked and overcooked simultaneously. Notwithstanding that he took that line from my description of Tenet, he hit the Bullseye. The Northman doesn’t have a purposeful concept but seems content to assemble a hodgepodge of scenes from other, better films.

Eggers will talk at length about the supposed authenticity of the film, like that would be an intrinsic quality. He will talk about the physical hardships endured during the shooting (like with The Lighthouse) and how the long scenes were made in oners. All this, obviously, matters very little if the final result is not engaging or, to use the ubiquitous term, immersive. The truth is that the 137 minutes of the film are mainly a chore to sit through. It is a work by someone who confuses bombastic intentions with profound quality. The approving reviews show that he is not alone., which makes the relevance of cranky old men dissenting, disapproving voices all the more valid.

The Northman is one of many examples of what is wrong with cinema today. There was reportedly tension between the director and the studio, where the latter demanded changes that they essentially managed to get through. When Alain Resnais was asked why he never made an action spectacle, the answer was that he would love to but wouldn’t be able to find funding unless he made it on the lowest level possible. Antonioni shared similar sentiments about making a sci-fi film. It remains to be seen where Eggers’ direction will go from here. There is very little to recommend with The Northman. Anyone hungry for a Shakespearean film with actual aesthetic value should seek out The Tragedy of Macbeth instead.