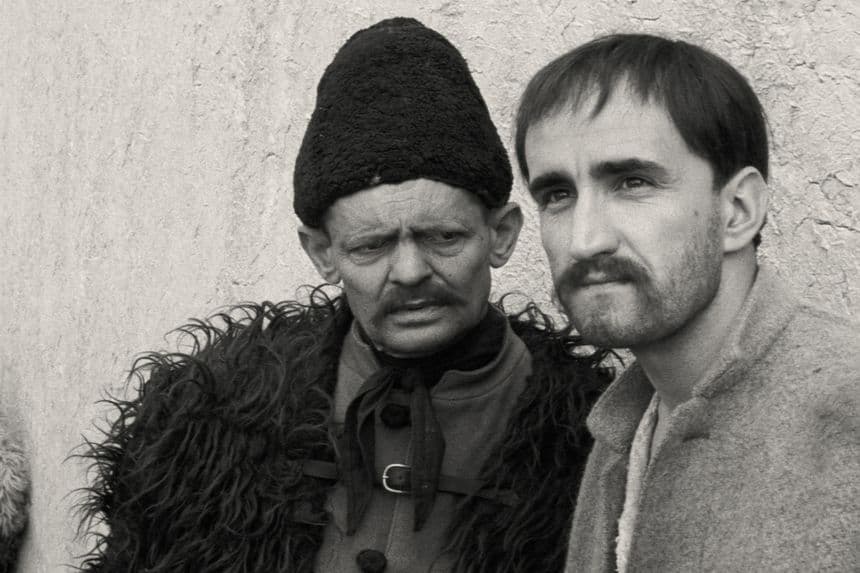 When the Sight & Sound poll of 2022 was divulged, there were quite a few surprises. The winner of the 2012 poll, Vertigo (1958), was pushed down to second place, and the winner was instead Chantal Akerman’s Jeanne Dielman, 23, quai du Commerce, 1080 Bruxelles (1975). There are several ways one could react to that outcome. The initial reaction could be to embrace the fact that one of cinema’s strongest formalists finally gets some mainstream recognition. On the other hand, there seems to have been lots of politics involved in this year’s choices. That is evident from some weird picks among recent films such as Get Out! (2017), Portrait of a Lady on Fire (2019), and Moonlight (2016).

There were some striking absences, as well. One of the most surprising was Lawrence of Arabia (1962) which has been much discussed recently for being influenced by the French New Wave in one particular scene where a cut replaces the initially intended dissolve. The lack of films by Straub, de Oliveira, and Ruiz is also ludicrous, if not altogether surprising.

Since I tend to care mostly about Hungarian films, I was dismayed to find only Béla Tarr´s unquestionable masterpiece, Sátántangó (1994), on the list. Thus, I decided to make a list of 10 Hungarian films that could/should have made it to the list, mainly as an excuse to highlight some great films from the country.

Péter Gothar’s film from 1982 was an instant classic and remains popular. I explained why in my review.

9. Do You Know Sunday-Monday?

When I wrote about Lívia Gyarmathy’s Ismeri a Szandi Mandit? I remarked that the director is undeservedly unknown. Since I wrote that piece, Gyarmathy passed away this year at 90. I hope that more of her films will be restored so people can discover this fascinating artist. My text about the film can be found here.

In 1979, András Jeles delighted and confused the audience with his debut feature. My review tells the story of how the film eventually became regarded as a classic. Jeles is not just a filmmaker in his own right, but also the father of one of the most celebrated directors today, which brings us to….

It is not that common with first films in the Cannes competition. It’s even more unusual that such a feature wins the Grand Prix, but that is what happened in 2015 with Son of Saul (Saul fia) by László Nemes. The story about the prisoner working as a member of the Sonderkommando in Auschwitz stunned the jury and audience alike. The most striking aspect of the film is the concentration of the main character, who we literally follow through Mátyás Erdély’s camerawork. I haven’t written about it since I’m not sure how to describe the experience in words. A film that should be seen, preferably in a theatre.

Long Twilight (Hosszú Alkony 1997) was Attila Janisch’s second film. It’s based on the short story The Bus by Shirley Jackson. The magnificent leading performance by Mari Törőcsik and the cinematography by Gábor Medvigy makes the film fascinating and also manage to stay true to the spirit of the author. Read more about the film here. Twenty-six years earlier, Törőcsik also starred in….

Károly Makk is basically remembered for two films today. The lesbian drama Another Way (Egymasra Nézve) and, above all, Love (Szerelem 1971) which is one of the bona fice classics of Hungarian cinema. In my tribute to Mari Törőcsik, I explain why.

The Postman Always Rings Twice has been filmed numerous times. From Pierre Chenal’s Le dernier tournant in 1939, via Visconti’s Ossessione four years later, followed by the first American version in 1946, which was remade, in a way, in 1981 by Bob Rafelson. The most intriguing rendition would appear in 1998 with György Fehér’s Passion. Co-written with Béla Tarr and shot in grainy black and white by Miklós Gurbán and Tibor Máthé, it’s a work that relies on atmosphere rather than narration to convey the tension and fear involved. There are long stretches without dialogue, but the imagery is ideally suited to the topic and grabs the viewer’s attention throughout the 155 minutes of runtime. It was recently digitally restored.

Gábor Bódy only made three features, but they are among the most enthralling works in Hungarian cinema. Psyché (1980) is the highlight of his oeuvre. I wrote about the films of Bódy here.

The undisputed master of Hungarian cinema

The last two films mentioned here are both directed by Miklos Jancsó. I wrote about him during his centenary last year. Of many possible choices, I ended up with two from the sixties.

The Confrontation (Féneys Szelek1968) was Jancsó’s first film in colour and has qualities derived from musicals. Something that would be even more evident in Electra, My Love (Szerelemem Elektra 1974). The film’s conclusion is far more pessimistic than the more popular (in the West, at least) Red Psalm (Még kér a nép 1972), but is one of his strongest statements about the mechanism of power, next to….

I’ve written about Jancsó’s breakthrough film, as well. Szegénylegények appeared in 1966 and became an instant classic. It would definitely not be out of place on any top 10 list of world cinema; however, serious one takes them.